Dabang Delhi KC defeated Bengaluru Bulls 40-35 in the 136th match of Pro Kabaddi Season 8. The most effective player of the match for the Dabang Delhi KC was Naveen Kumar. He was ably supported by Neeraj Narwal. Pawan Kumar Sehrawat's efforts went in vain tonight. 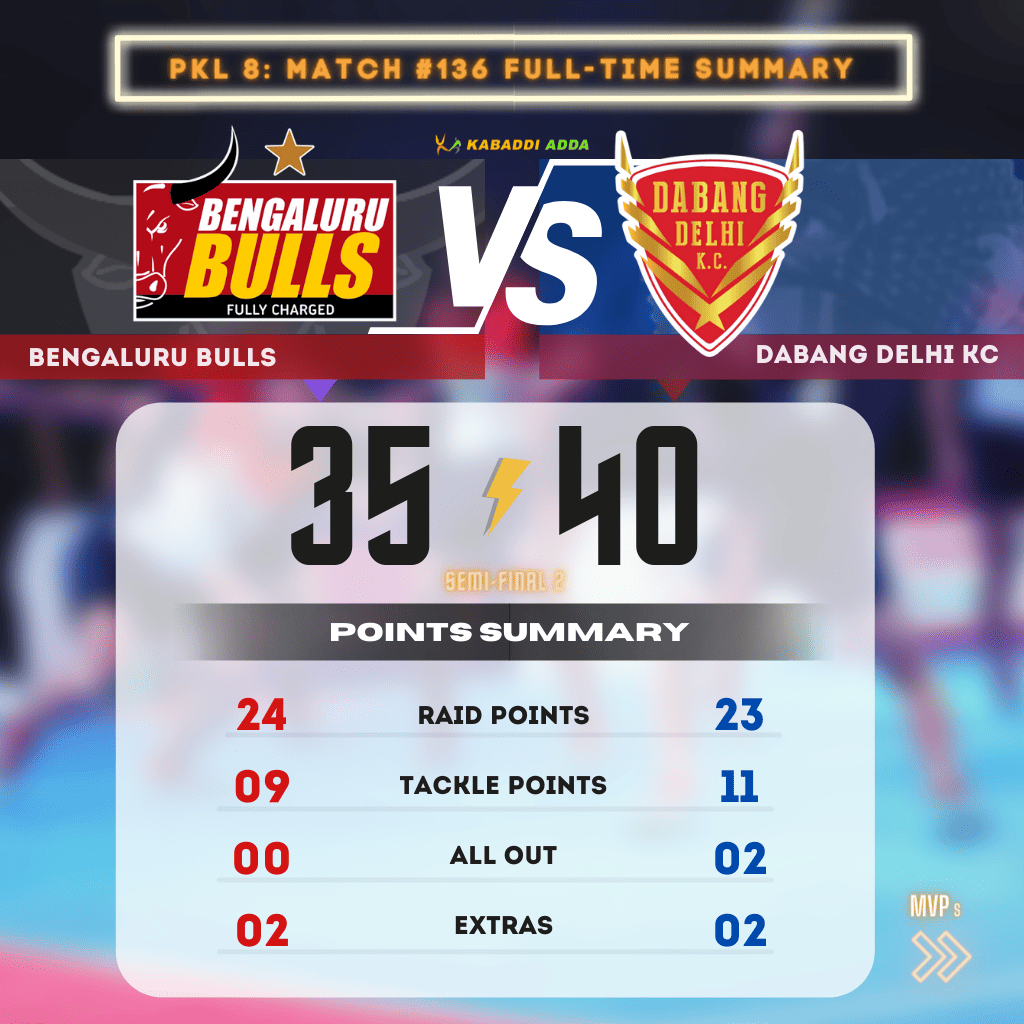 Coach Dr. Krishan Hooda will be delighted with this win as it takes his team to the final, where they will be up against 3 times champions Patna Pirates. Bengaluru Bulls has to leave the season because of the defeat.

The mainstay of the Dabang Delhi KC was Manjeet Chhillar staying on the mat for 84% of the raids and scoring 2 points.

It was a cat and mouse game between the two sides, with teams trading points and lead changing sides 14 times over the game. But the game changed in the 82nd raid when Pawan Kumar Sehrawat scored a valuable 1 points to swing the momentum in favour of the Dabang Delhi KC.

The teams were well-matched in both raiding and defence, but the Dabang Delhi KC picked points when it mattered. Eventually, they sent Bengaluru Bulls for 2 all-outs but conceded just 0. And that helped them get a sufficient lead to run away with the match.

Pawan Kumar Sehrawat the silver lining for the Bengaluru Bulls

Pawan Kumar Sehrawat scored 18 points, contributing to 55% of the points scored by the Bengaluru Bulls. He had very little support from the other raiders and his defence. His 18 points included 14 touch points, 4 bonus points and 0 tackle points.