Patna Pirates defeated UP Yoddha 38-27 in the 135th match of Pro Kabaddi Season 8. The most effective player of the match for the Patna Pirates was Guman Singh. He was ably supported by Sachin. Shrikant Jadhav's efforts went in vain tonight. 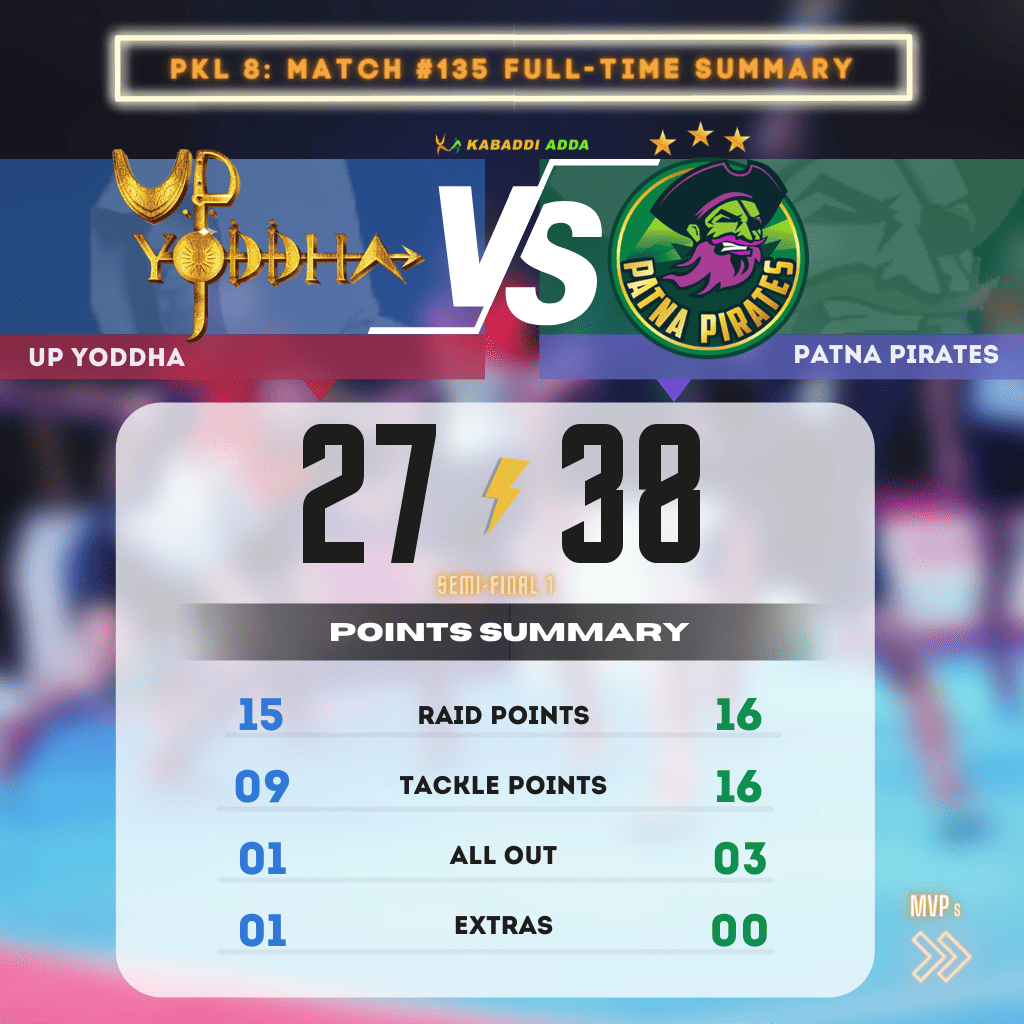 Coach Ram Mehar Singh will be delighted with this win as it takes his team to finale of the season. This loss led to the elimination of UP Yoddha from the league.

The mainstay of the Patna Pirates was C Sajin staying on the mat for 94% of the raids and scoring 1 points.

Patna Pirates led right from the word go with their lead going as high as 14 points in the 35th raid. At half-time, they led by 14 and easily wrapped up the match with a score difference of 11.

Shrikant Jadhav the silver lining for the UP Yoddha

Shrikant Jadhav scored 10 points, contributing to 42% of the points scored by the UP Yoddha. He had very little support from the other raiders and his defence. His 10 points included 5 touch points, 3 bonus points and 2 tackle points.