Gujarat Giants lost to Bengaluru Bulls 29-49 in the 134th match of Pro Kabaddi Season 8. The most effective player of the match for the Bengaluru Bulls was Pawan Kumar Sehrawat. He was ably supported by Chandran Ranjit. Rakesh Sangroya's efforts went in vain tonight. 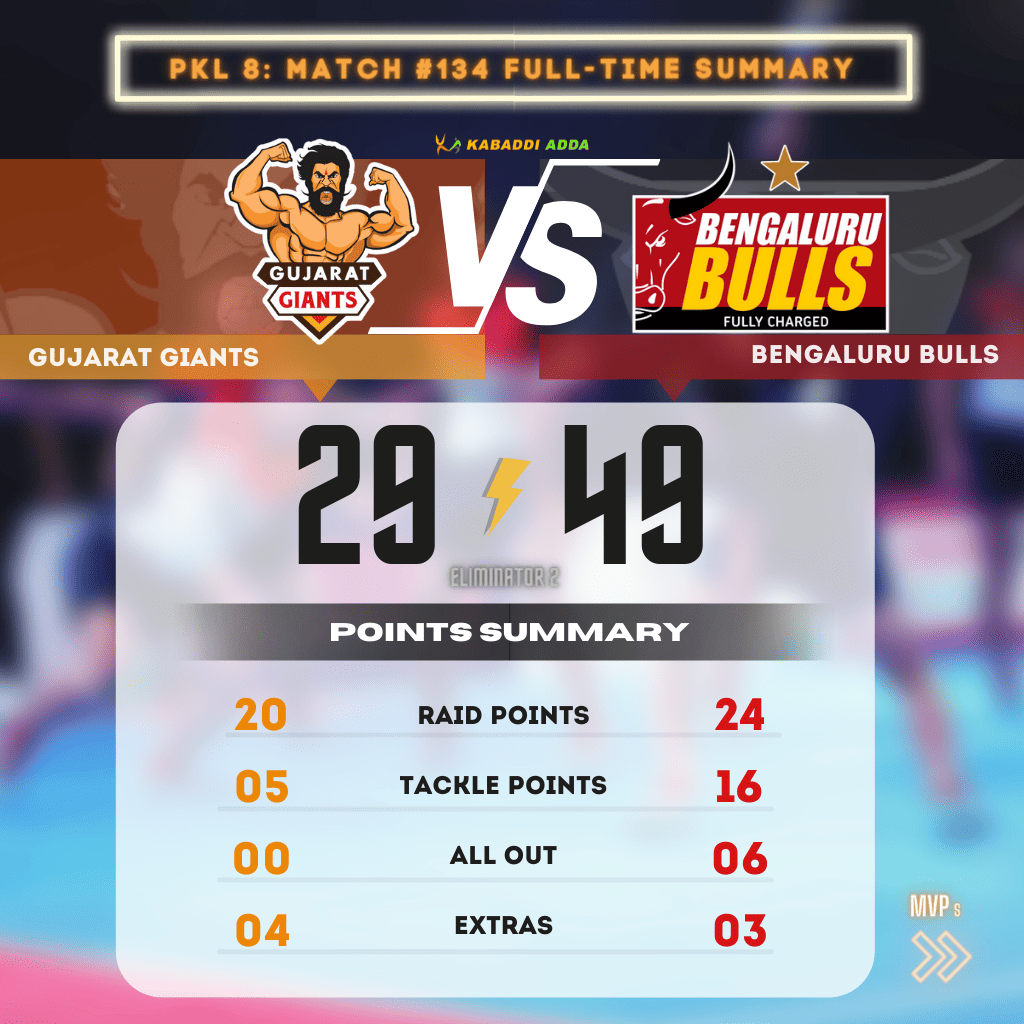 Coach Randhir Singh will be delighted with this win as it takes his team to Semifinals, where they will be up against Dabang Delhi K C. Gujarat Giants has to say good bye to this season of PKL as the loss lead to their elimination from the league.

The mainstay of the Bengaluru Bulls was Mahender Singh staying on the mat for 95% of the raids and scoring 5 points.

Bengaluru Bulls led right from the word go with their lead going as high as 10 points in the 28th raid. At half-time, they led by 7 and easily wrapped up the match with a score difference of 20. As a result, Bengaluru Bulls took home 5 points from the match without sparing a single point to their opponents.

In the 72nd raid, Gujarat Giants conceded an all-out as Pawan Kumar Sehrawat taking out Parvesh Bhainswal who was the last man standing. This just widened the gap from which Gujarat Giants never recovered.