UP Yoddha defeated Puneri Paltan 42-31 in the 133rd match of Pro Kabaddi Season 8. The most effective player of the match for the UP Yoddha was Pardeep Narwal. He was ably supported by Surender Gill. Aslam Inamdar's efforts went in vain tonight. 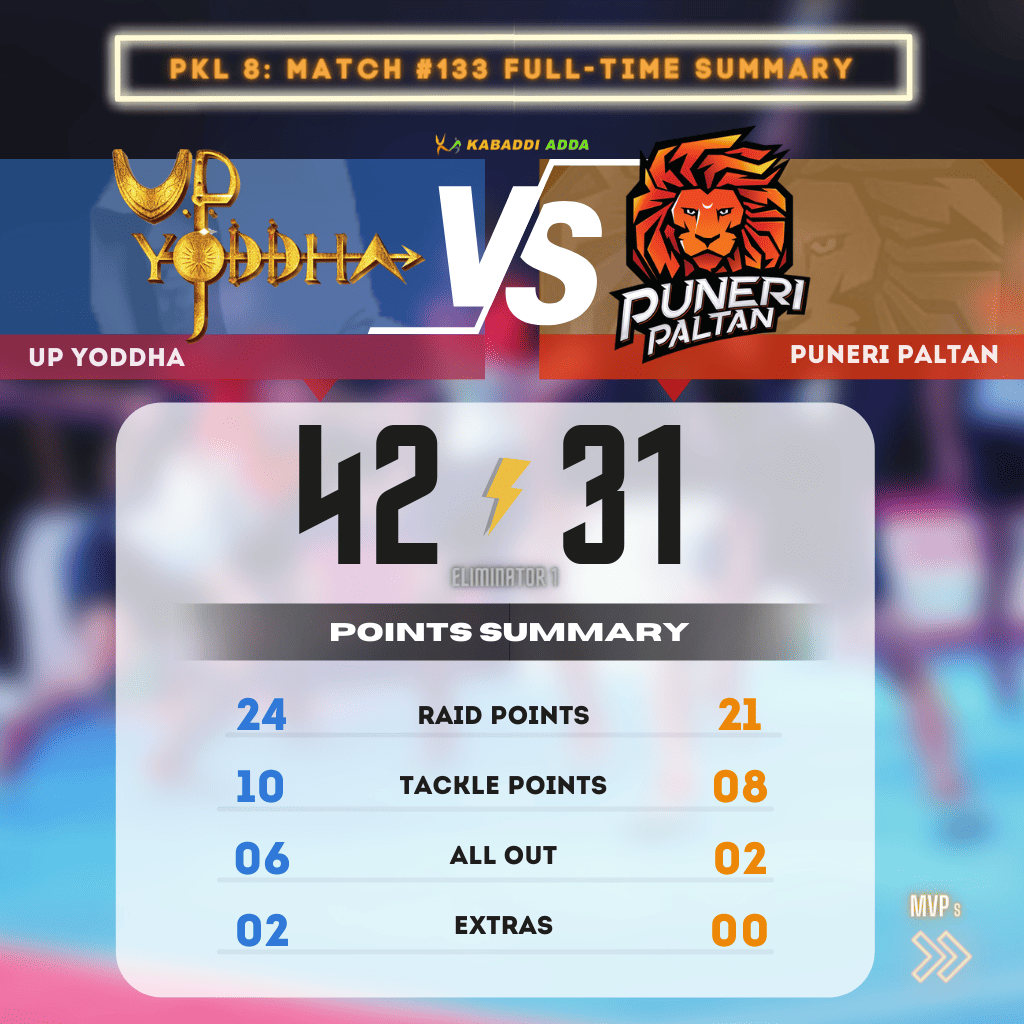 Coach Jasveer Singh and Arjun Singh will be delighted with this win as it takes his team to the semifinal of the season, in which they will face Patna Pirates. This loss cost Puneri Paltan the season as they are out of the season.

The mainstay of the UP Yoddha was Ashu Singh staying on the mat for 99% of the raids and scoring 0 points.

UP Yoddha led right from the word go with their lead going as high as 8 points in the 38th raid. At half-time, they led by 8 and easily wrapped up the match with a score difference of 11.

UP Yoddha scored when mattered

The teams were well-matched in both raiding and defence, but the UP Yoddha picked points when it mattered. Eventually, they sent Puneri Paltan for 3 all-outs but conceded just 1. And that helped them get a sufficient lead to run away with the match.