Who are the top Kabaddi players fit to be the next India captain?

With the retirement of Anup Kumar and change of guard post the pandemic, the team is in search of a long term candidate to lead the charge. Here are the 5 players who can do a great job at the helm of the on-field affairs. 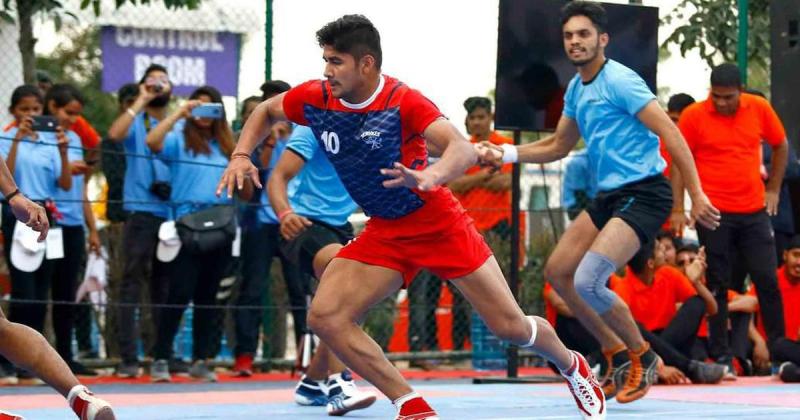 The Indian National Kabaddi team has unarguably been the best team in the world for several decades. The indigenous sport has been played across the length and breadth of the country and it has meant that there has been a plethora of talent trying to make it to the national team. With the retirement of Anup Kumar and change of guard post the pandemic, the team is in search of a long term candidate to lead the charge. Here are the 5 players who can do a great job at the helm of the on-field affairs.

Pawan Kumar has been the best player in the Pro Kabaddi in the past couple of season and the leading point-getter in the season 8. He has been lethal as Bengaluru Bulls captain and was one of the key figures when they won the title in season 6. He has been a mainstay in the Indian team as well and is one of the favourites to lead the team in the future.

In the past two editions, Arjun Deshwal has been brilliant on the mat for the U Mumba and Jaipur Pink Panthers. He lacked support from his teammates and was the sole performer on the mat. In spite of the challenges, Deshwal’s performances weren’t affected and he showed potential to lead the side as he will be calm and tranquil in any situation on the mat.

The Dabang Delhi raider was a vital cog and the single biggest reason for Delhi’s victory in this edition. He scored 207 raid points, including a super 10 in the finale of the Pro Kabaddi League. At just 21, Naveen Kumar has led Dabang Delhi in the playoffs in the last three editions, including two final appearances in the past two editions. With a long career ahead of him, Naveen will be one of the stalwarts of Indian Kabaddi. He can be tipped as the next captain.

With 74 tackle points in this season, Sagar was the highest scoring Indian defender in the Pro Kabaddi League. He was the spearhead of Tamil Thalaivas defence this season and was on the mat for 81% of the time this season. He will be one of the leaders in the defensive department for India in the years to come and can be an alternative to lead the team.

The young Haryana Steelers’ defender was stellar form in this edition of the PKL with 66 tackle points to his name in the 22 matches. Jaideep was one of the crucial factors why the Haryana Steelers made it to the latter stages of the tournament. The defender had a tackle success rate of 51%. He lacked consistent support from his teammates as Surender Nada’s form dwindled in the second half of the season and the raiding unit had varied outing as well. He kept his calm and can be one of the prospects to lead the national team in the coming years.