Raiders will have the final laugh - The Hawk has been Tackled!

Ravinder Pahal has been a threat for many a right raiders with his adventurous blocking and brutal double thigh holds. Left raiders fear to attempt the bonus point when his Hawk like eyes are keeping a close watch on the bonus line. This defender who was the best defender of season 2 has just gotten hitched. 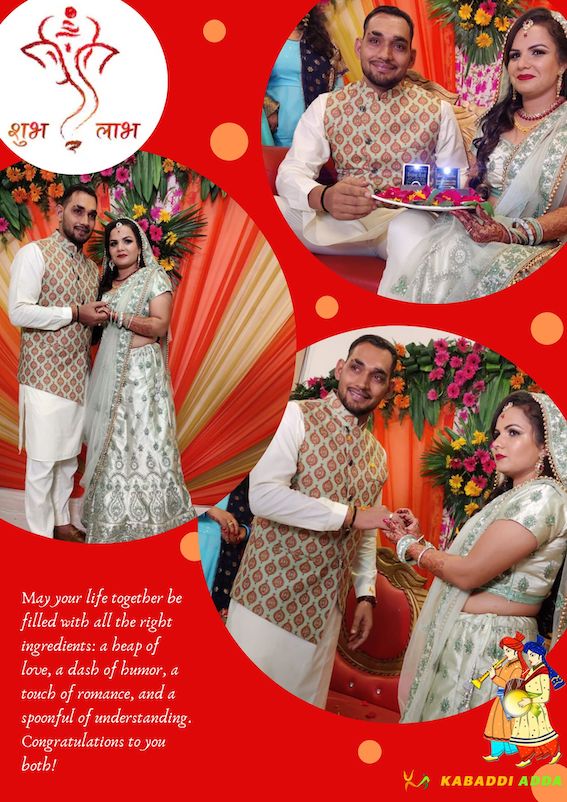 Ravinder Pahal is engaged to Savita who from his own village. A besotted Pahal was telling Kabaddi Adda, how he hopes that the maturity from marriage will make him an even more dangerous defender in the upcoming Kabaddi season.

Having a great season, topping the tables and then just falling off at the last hurdle left a lot of gaping wounds. But the hawk has started another journey and we wish him all the very best.

ALSO WATCH : How to master the double thigh hold? | Ravinder Pahal’s Journey to become a Kabaddi Player | Dabang Delhi edged out in the Finals against Bengal Warriors in PKL7

Ravinder Pahal is one of the few players who have played all seven seasons of Pro Kabaddi League and definitely has a few more seasons left in him. Ravinder Pahal played right corner for Dabang Delhi, runners up of Prokabaddi Season 7. He is a highly feared player on the right corner and his performance reflects on the team’s performance. Before Pahal started playing National style Kabaddi, he was a circle Kabaddi player. Joginder Singh and Ravinder Pahal provided invaluable support to young Naveen Kumar, making PKL7 the best season so far for Dabang Delhi.

Pahal is known to be a difficult player to manage for the PKL franchises, and will be interesting to see how this perception changes after his wedding.