Khelo India University games has done a volte face in the sports included in the first ever University Games.

Our sources in AKFI office have confirmed that the AKFI, the torch bearers of Kabaddi In the country, made focussed efforts to get India's second most popular sport included in the first ever university games. A release on their website also confirms this Good News. As per the reccomendation of the Kabaddi Federation the organisers of Khelo India University games have decided to include Kabaddi in their inaugural tournment.

Going by the success of the Khelo India Youth games conducted early this year and players from there successfully featuring in the Pro Kabaddi League, it is more than likely that this tournament will be closely followed by all the franchises in their constant hunt for the next big talent coming up in the sport.

As we had previously reported Kabaddi was surprisingly not included in the inaugural games. But the governing body made the effort to get Kabaddi included in the Khelo India University Games going to be held in Guwahati from 22nd February 2020 to 01st March 2020. Additionally the federation has also put out a notification to get applications for a Competition Manager for the sport in the tournament.

Given the ambitions of making Kabaddi an Olympic sport, it would have been a big setback, if the sport wasn't included in a key indian sporting extravaganza.

We will be sharing Schedule of the Khelo India University games and also Schedule for the Khelo India Youth games. Stay tuned in to get all latest developments and teams playing in the tournament. 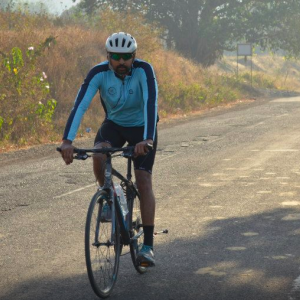 Arvind is a sports enthusiast.

Often found debating and chatting about the techniques and strategies of each sport, he has a special love for kabaddi.