Bengaluru Bulls defeated Haryana Steelers 46-24 in the 125th match of Pro Kabaddi Season 8. The most effective player of the match for the Bengaluru Bulls was Pawan Kumar Sehrawat. He was ably supported by Bharat Naresh. Surender Nada's efforts went in vain tonight. 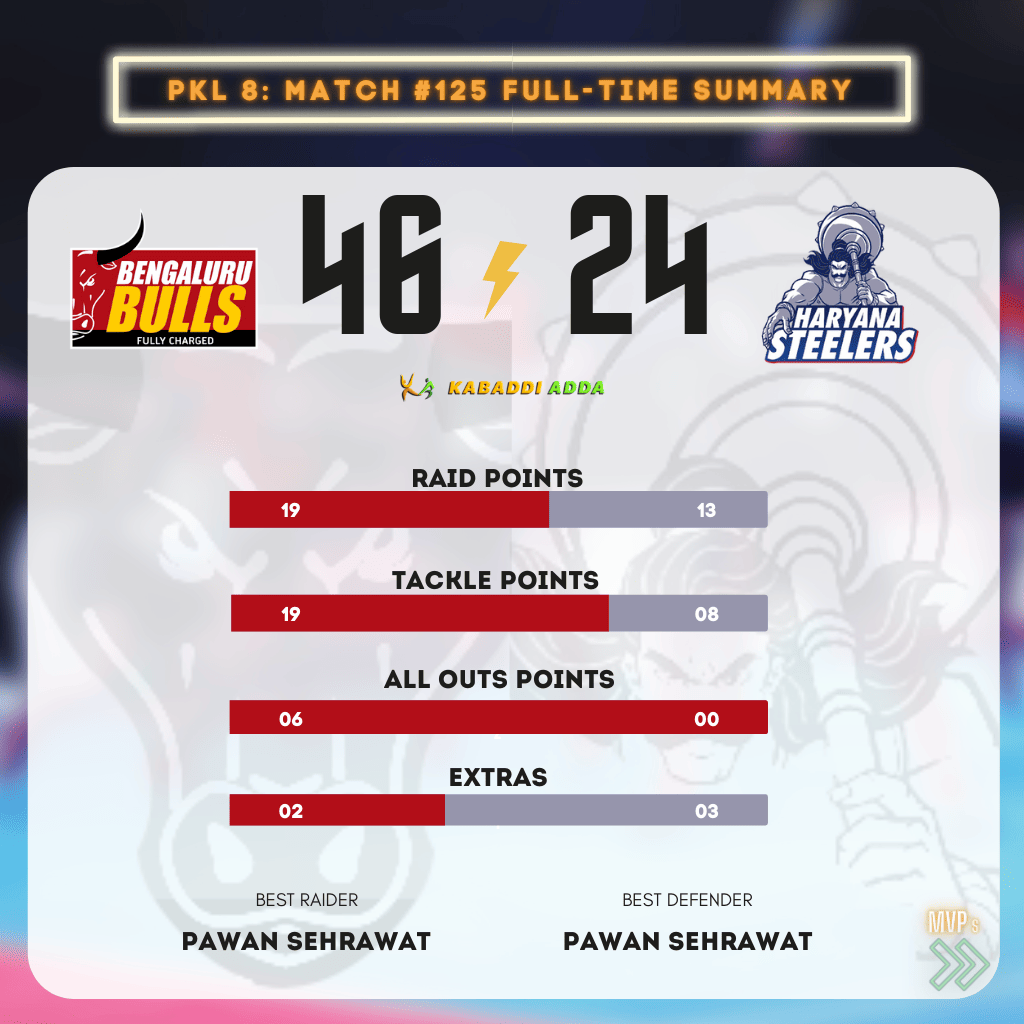 Coach Randhir Singh will be delighted with this win as it takes his team to the 3rd spot on the points table with 66 points. This loss leaves Haryana Steelers in the 5th spot with 63 points.

The mainstay of the Bengaluru Bulls was Mahender Singh staying on the mat for 93% of the raids and scoring 0 points.

Bengaluru Bulls led right from the word go with their lead going as high as 6 points in the 39th raid. At half-time, they led by 6 and easily wrapped up the match with a score difference of 22.


In the 80th raid, Haryana Steelers conceded an all-out as Pawan Kumar Sehrawat taking out Jaideep who was the last man standing. This just widened the gap from which Haryana Steelers never recovered.