A total of eight matches were played on the first day of the 69th All India Inter Railway Tournament in Gorakhpur. Star players like Pawan Sehrawat, Vikash Khandola, Naveen and Shrikant Jadhav were in action on the inaugural day of the tournament. Here are the full results of the matches conducted on day one. 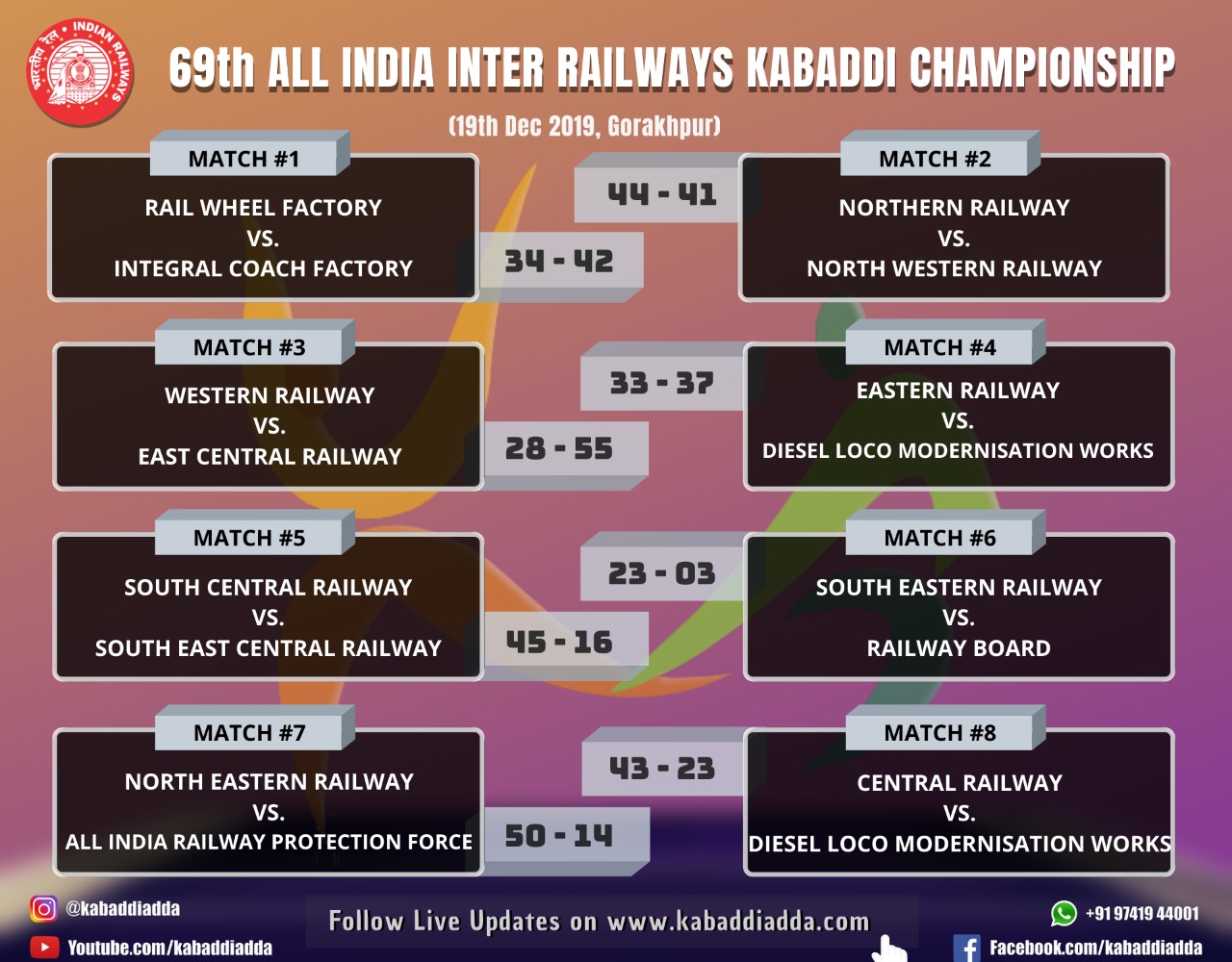 In the match between Western Railway and East Central Railway, Khandola and Naveen picked up a Super 10 each to help their team win. Khandola got 18 points from 24 raids while Naveen got 11 from 17 raids. Naveen also got two tackle points as the East Central Railway crushed their opponents 55-28.

All India Railway Protection Force could not find a way to score more than 14 points as the home team of North Eastern Railways dominated them to win the match 50-14. Rohit Gulia led the raiding department for the home team with a total of 11 points ( 9 raid points and two tackle points). Rupesh Tomar came in as a substitute and also went on to rake 11 points from 13 raids. Mohit Baliyan got a High 5 as he got 6 tackle points from 5 attempts. Gujarat Fortune Giants player Sunil Kumar supported him with four points from three tackles. His fellow team mate in the Pro Kabaddi, Parvesh Bhainswal got three tackle points.

Shrikant Jadhav was the star player for Central Railway against Diesel Loco Modernisation Works. He got 13 raid points, the most by any player in the match. Gurvinder Singh picked a total of 7 points in the match while Sandeep Dhull went on to get a High 5 with five points from six tackles.

The league stage of the tournament is all set to go on for another two days, with the knockouts being played in the second half Saturday.