The SCR team was led by Dharmaraj Cherlathan and had stars like Siddharth Desai, Selvamani and Monu. The Northern Railway kabaddi team had Pawan Sehrawat, Ravinder Pahal and Bhupender Singh. 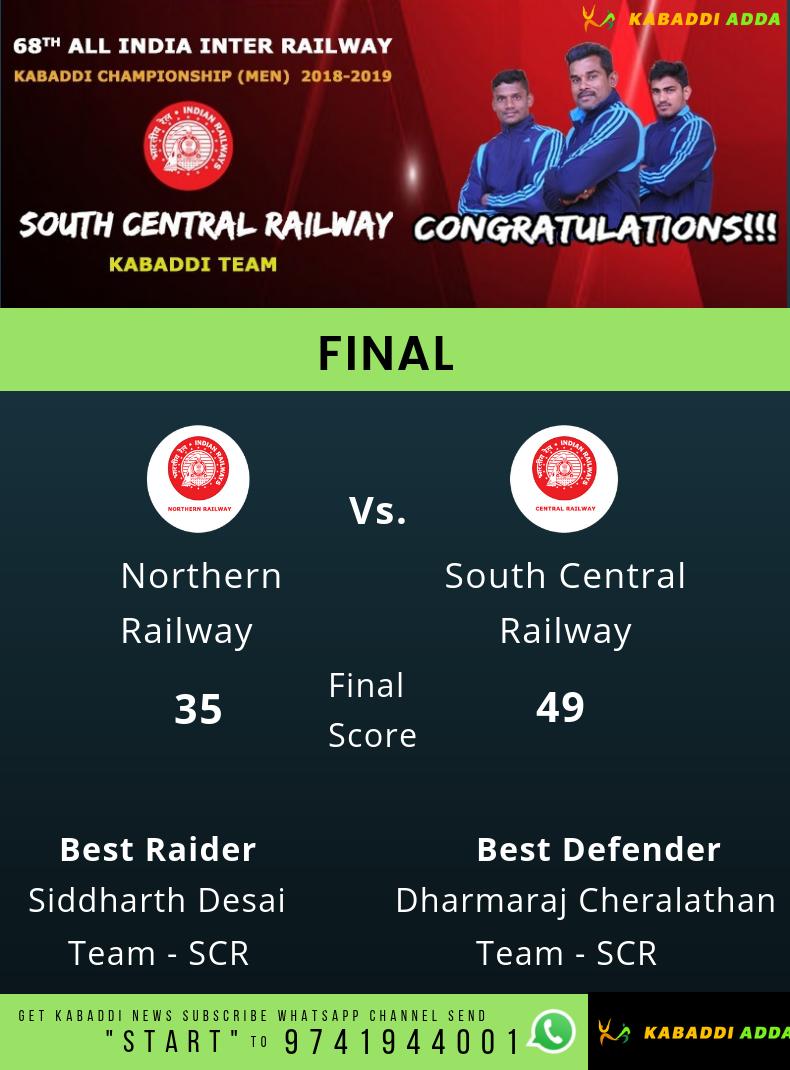 The final score of the game was South Cental 49 - 35 Northern Railway.