The semifinal stages of the 66th Senior National Kabaddi Championship witnessed some exciting kabaddi action as Services and Indian Railway registered mammoth wins in the semifinals to claim a spot in the grand finale of the competition at the D.G Tatkare Krida Nagari, Roha Raigad, Maharashtra.

With the top four teams in hosts Maharashtra, Services, Indian Railway and Haryana boasting of an array of superstars, top-flight kabaddi was certainly in order as Pro Kabaddi League superstars such as Pawan Sehrawat, Monu Goyat amongst others were set to take to the mat.

In the first semifinal, Haryana faced off against the Services in a high-voltage clash. Monu Goyat started in fine fashion as he picked up a super raid early in the game but was soon on the receiving side as Pardeep Narwal removed four men in two raids.

Services then raced away to a 10-6 lead and soon inflicted an all-out on Haryana as Goyat’s side stole the early advantage with an imperative 15-7 lead. Pardeep Narwal brought his flair on to the mat as he picked up a couple of points that seemed to restore normality until yet another all-out on Haryana swelled Services’ lead to 26-11.

The Haryana team looked defenseless against a clinical display from Services as time was now Haryana’s biggest enemy and it was thanks to a moment of brilliance from Pardeep Narwal, who effected an all-out on Services that Haryana sniffed a small comeback as they reduced the deficit to eight points.

In the end, two yellows cards, one for Monu Goyat and the other for Sandeep Narwal added some extra spice to the contest but ultimately, it was smooth sailing into the finals for Services, courtesy of a dominating 52-38 win.

The second semifinal saw two power-packed teams in hosts Maharashtra and Indian Railways squaring off as the crowd in attendance geared up for some intense action. Railways started in grand fashion as Pawan Sehrawat picked up three points to hand Railways a 5-1 lead until Maharashtra pulled things back slightly to reduce the deficit by two points.

With ten minutes left on the clock, Maharashtra succumbed to their first all-out of the night as the Indian Railway raced away to a 14-6 lead before Pawan Sehrawat was in his element yet again as the dynamic raider found the smallest of gaps and inflicted yet another all-out that gave Railways a massive 15-point advantage into the second half.

The Indian Railway’s defense unit struck early in the second half as two points from the cover duo of Sunil Kumar and Parvesh Bhainswal put the hosts under pressure which ultimately gave them a 35-13 lead that proved too hot to handle for Maharashtra as the hosts wilted under the pressure and folded by 27 points that took Railways to the finals of the competition, courtesy of a commanding 47-20 win. 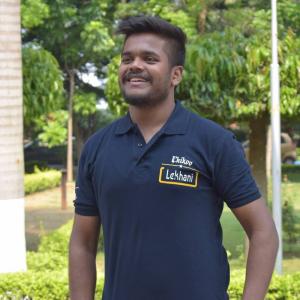