The Indian Railways put their six-year title drought to bed as they emerged champions of the 66th Senior National Kabaddi Championship with a 41-17 win over Services at the D.G Tatkare Krida at Roha Raigad, Maharashtra. 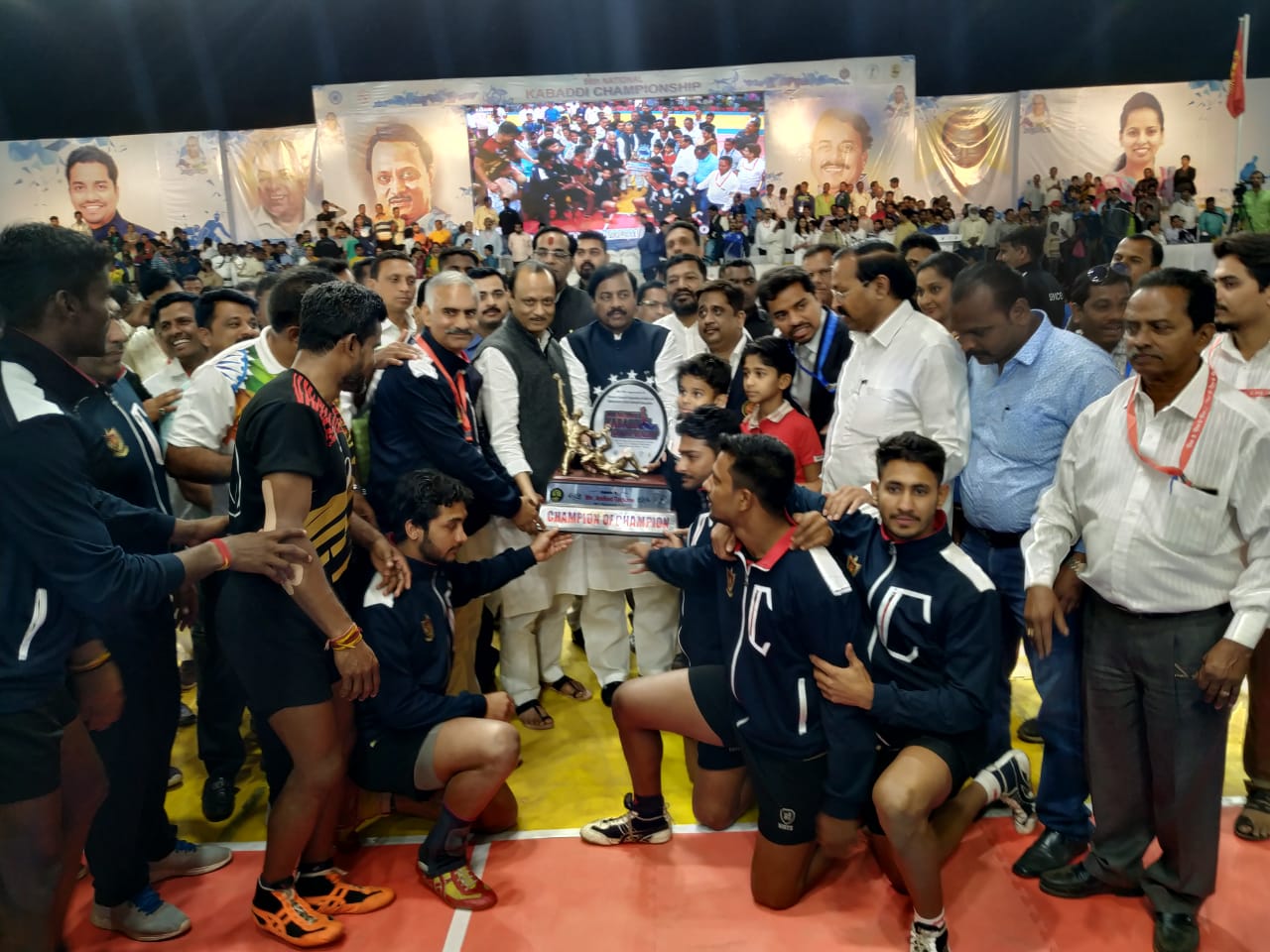 Coming into the finale with commanding wins in the semi-finals, the summit clash was bound to play host to some thrilling action as both the teams wore the look of powerhouses and picking a favorite was an arduous task.

The match started in fine fashion for the Indian Railways as the defensive unit sprung to life early in the first half and made some crucial tackles while on the raiding front, Pawan Sehrawat picked up a couple of points which gave Railways an early 4-1 lead in the game.

However, Services left no stone unturned in striking a comeback as they brought down Vikas Khandola and Sehrawat in continuous raids in addition to which Monu Goyat picked up points as well that reduced the deficit to just a solitary point.

Yet, it was only a matter of time before Railways struck back as the Cheralathan-led side picked up points in a slew as soon, Services fell to their first all-out of the finale that gave the Railways an important 13-6 lead.

Soon, that lead blossomed into a major driving factor for the Indian Railways' crushing win as the experienced hands in the team such as cover duo Sunil Kumar and Parvesh Bhainswal combined repeatedly to hand the Railways points in heaps.

In addition to the pristine form of the defenders, raiders Pawan Sehrawat and Shrikant Jadhav jolted the Services raider with their pace on the mat as Monu Goyat’s side fell to their second successive loss in the finals, while the 41-17 triggered wild celebrations in the Railways camp.