Telugu Titans lost to Dabang Delhi KC 32-40 in the 128th match of Pro Kabaddi Season 8. The most effective player of the match for the Dabang Delhi KC was Vijay. He was ably supported by Neeraj Narwal. Ankit Beniwal's efforts went in vain tonight. 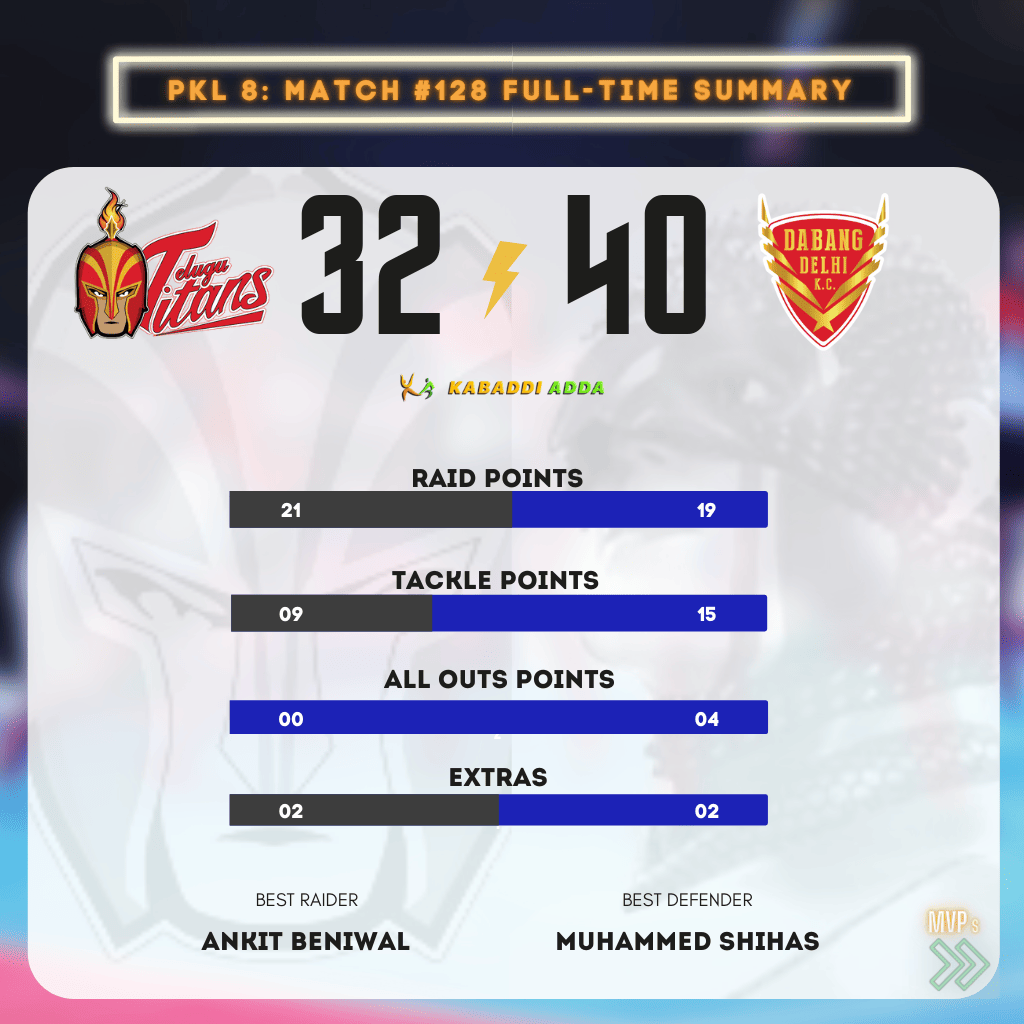 Coach Dr. Krishan Hooda will be delighted with this win as it takes his team to the 2nd spot on the points table with 75 points. This loss leaves Telugu Titans in the 12th spot with 27 points.

The mainstay of the Dabang Delhi KC was Joginder Narwal staying on the mat for 89% of the raids and scoring 2 points.

Dabang Delhi KC led right from the word go with their lead going as high as 8 points in the 33rd raid. At half-time, they led by 5 and easily wrapped up the match with a score difference of 8. As a result, Dabang Delhi KC took home 5 points from the match without sparing a single point to their opponents.