Telugu Titans lost to Jaipur Pink Panthers 35-54 in the 123rd match of Pro Kabaddi Season 8. The most effective player of the match for the Jaipur Pink Panthers was Arjun Deshwal. He was ably supported by Brijendra Singh Chaudhary. G Raju's efforts went in vain tonight. 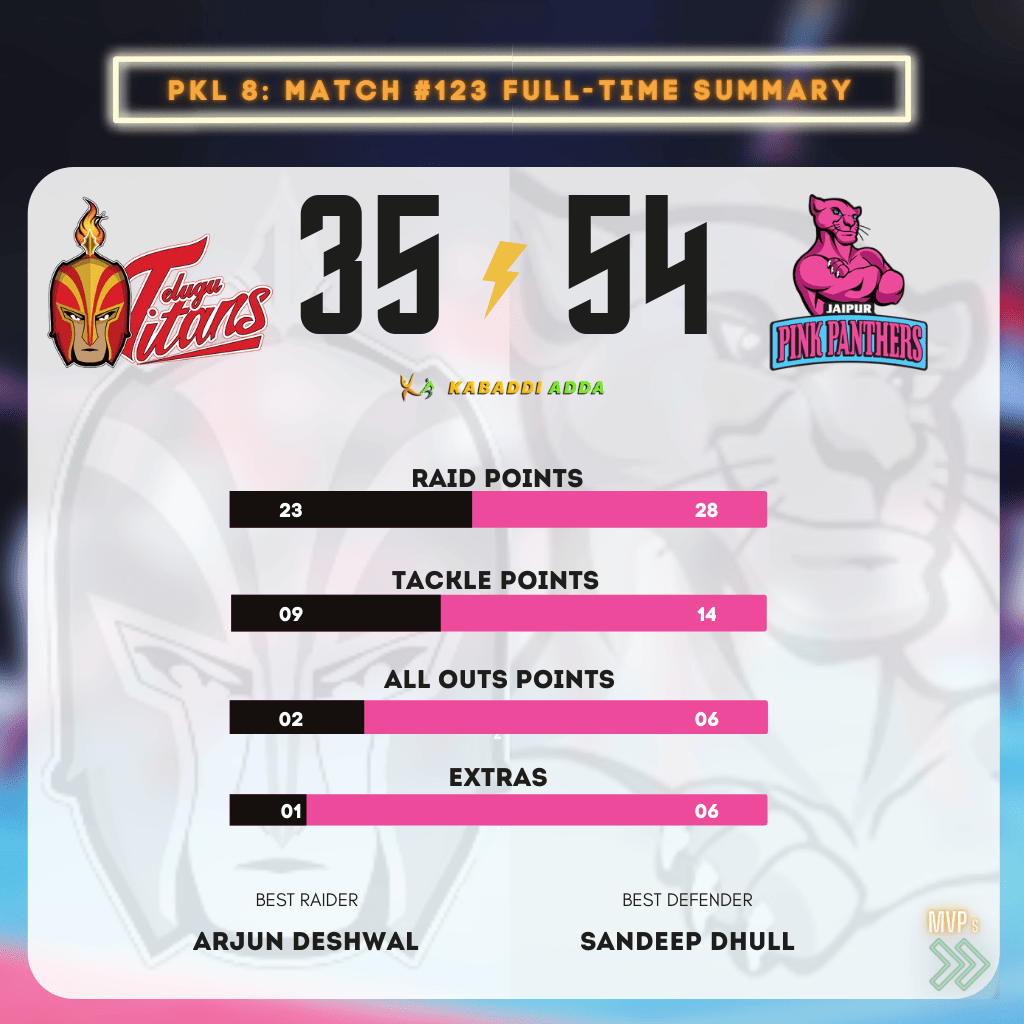 Coach Sanjeev Baliyan will be delighted with this win as it takes his team to 5th spot on the points table with 62 points. This loss leaves Telugu Titans in the 12th spot with 27 points.

The mainstay of the Jaipur Pink Panthers was Nitin Rawal staying on the mat for 94% of the raids and scoring 2 points.