The home team of Haryana emerged as the winner in the girls' category at the 46th Junior National Kabaddi Championships. They defeated Sports Authority of India 28-19 in the finals to lift the trophy. Haryana girl's team has been one of the top performers in the tournament and had won both their league matches of Zone B. They had also dominated their opponents in the pre-quarters, quarterfinals, and the semis as well. 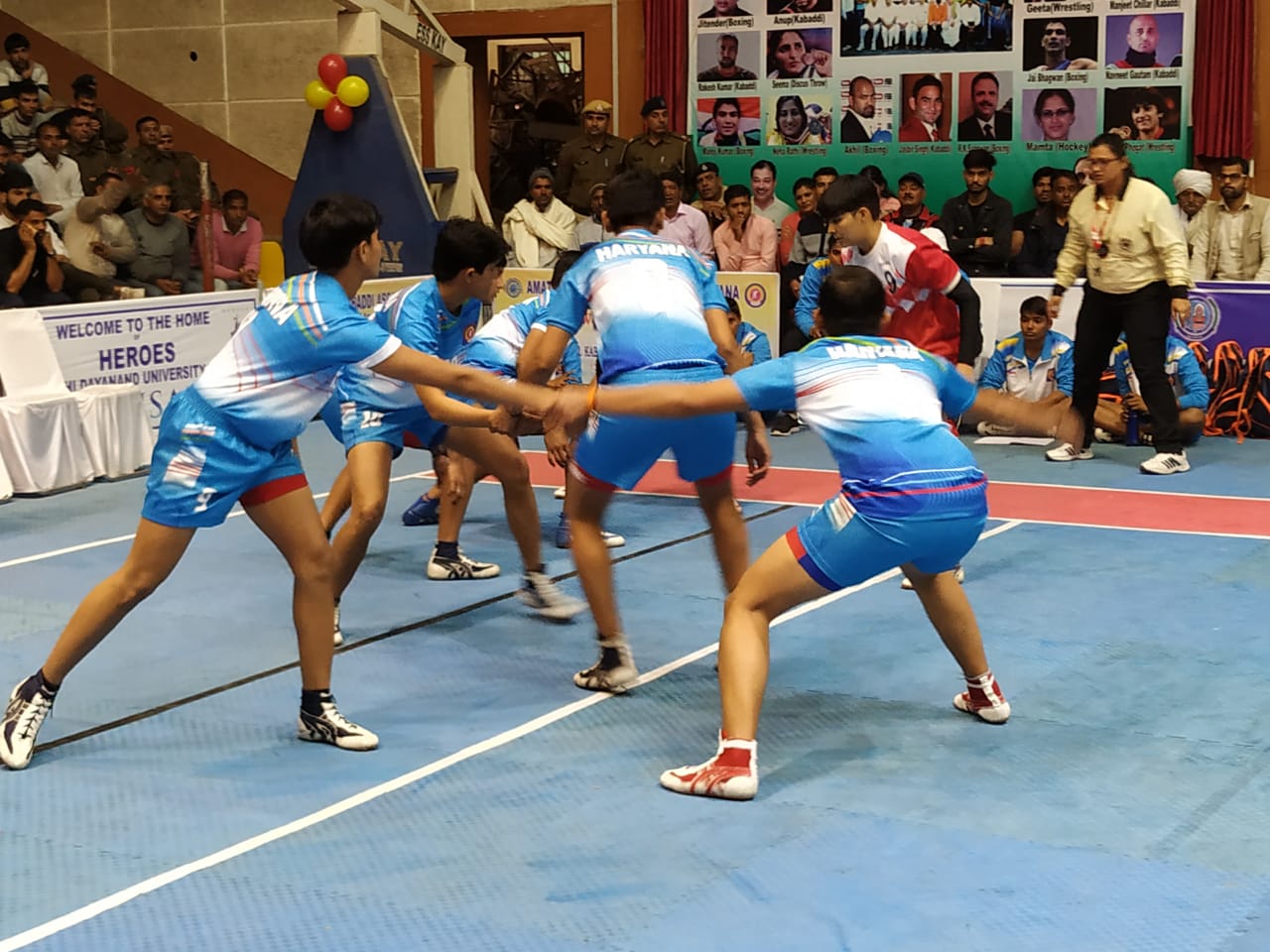 Coming into the finals, Haryana were the favorite team to win the match. They started raking up points on the scoreboard from the very first raid itself. However, SAI kept up with them and were on Haryana's tail before taking a small lead into the match. At the half time, SAI was leading 13-11.

Click here to get full Haryana vs SAI match commentary

It was a tight game in the second half as both the teams picked up points, giving each other a tough competition. The turning point of the match came when the scores were leveled at 17-17. Haryana had only three players on the mat and they pulled off a Super Tackle and got a two-point lead. Haryana's pooja then got three points in a raid, followed by an all-out by Muskan Maalik. This put Haryana in a commanding position with a 10 point lead.

The scenario did not change till the end of the match as Haryana registered an 11-point win over their opponents. Muskan Maalik was the star of the match as the all-rounder went on to pick six raid and tackle points each to be the top scorer of the match with 12 points. Pooja picked up seven raid points from 12 raids. Muskan was named the Player of the Match, Raider as well as Defender of the match for her top-notch performance.