Defending champions Chandigarh continued their fabulous run at the 46th Junior National Kabaddi Championships in Rohtak. In a one-sided pre-quarterfinal encounter against Gujarat, the Chandigarh team registered a huge 55-7 win, with their top performer Banty Satish picking up a Super 10. He scored 14 raid points to register his third consecutive Super 10 of the tournament. Ravinder Japan scored a High 5 in the match for Chandigarh. 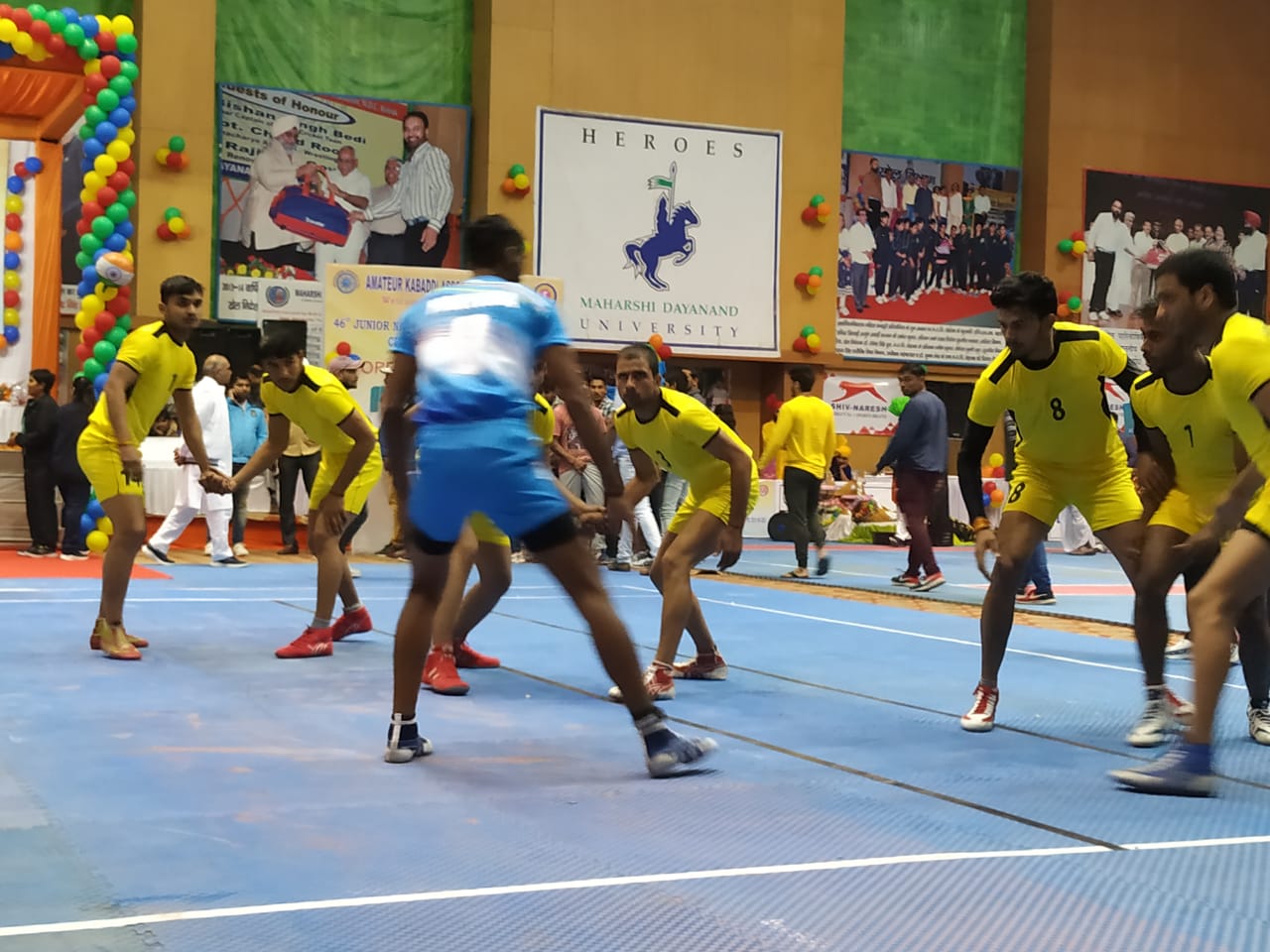 Chandigarh will be up against Haryana in the quarterfinals after the later went past Kerala in the second pre-quarterfinal match. It was yet again a one-sided encounter with the Haryana team completely dominating the South Indian state team. Haryana won the match 32-6.

Sports Authority of India's Meetu was yet again the star of the match against Rajasthan as the youngster went on to score massive 17 points in a winning cause. In what was a close encounter until the beginning of the second half, SAI then went on a rampage to take the game away from Rajasthan. With the scores tied at 25-25, SAI stepped up their defense to take out the raiders of Rajasthan. SAI eventually went to win the match 50-33.

Between the team of Maharashtra and Vidharbha, the earlier team prevailed over the later. The top raider of the tournament, Shinde Akash Santosh, picked up yet another Super 10 as he scored 15 raid points to help Maharashtra win 52-30. He was supported by Vignesh Vijay Pawar and Prathamesh Ramesh Nighot who scored seven and five tackle points respectively.

Uttar Pradesh and Punjab won their matches against Delhi and Jharkhand respectively. UP defeated Delhi 32-10 while Punjab had a similar 32-11 win against Jharkhand. They will be up against each other in the quarters. Karnataka faced a shocking 38-42 defeat from the hands of Goa. After topping their Zone with three wins from three matches, Karnataka had established themselves as one of the top teams of the tournament.

However, Goa took a slight lead at the end of the first half of the match. With a seven-point lead, the Goan players made sure that Karnataka did not come too close to them. Karnataka inflicted an all-out on Goa in the final minutes of the match, trying to catch up but could not get the upper hand in the scoreline.

Karnataka's top performer Ranjit Naik scored seven raid points while By Someshwara Darshan scored a Super 10 with 14 raid points, supported with two tackle points. For Goa, it was all Yogesh Narender show as the young lad went on to score 11 raid points in the match. Coming in as a substitute, Shree Bhagwan picked up six tackle points for his team.

In yet another shocking result, Tamil Nadu was thrown out of the tournament by Himachal Pradesh. Similarly like Karnataka, TN had also topped their group with three wins. In the pre-quarters, Himachal took a small lead of 10-8 as the first half was about to get over. The North Indian team then inflicted an all-out on TN to increase their lead and it was then just a catch-up game by Tamil Nadu from there, which they failed at by a close margin.

Rohit Thakur was the hero of the match as the raider from Himachal went on to score 22 raid points from 28 attempts.

Here is the list of results for the pre-quarterfinals: