UP Yoddha defeated U Mumba 35-28 in the 124th match of Pro Kabaddi Season 8. The most effective player of the match for the UP Yoddha was Surender Gill. He was ably supported by Pardeep Narwal. V. Ajith Kumar's efforts went in vain tonight. 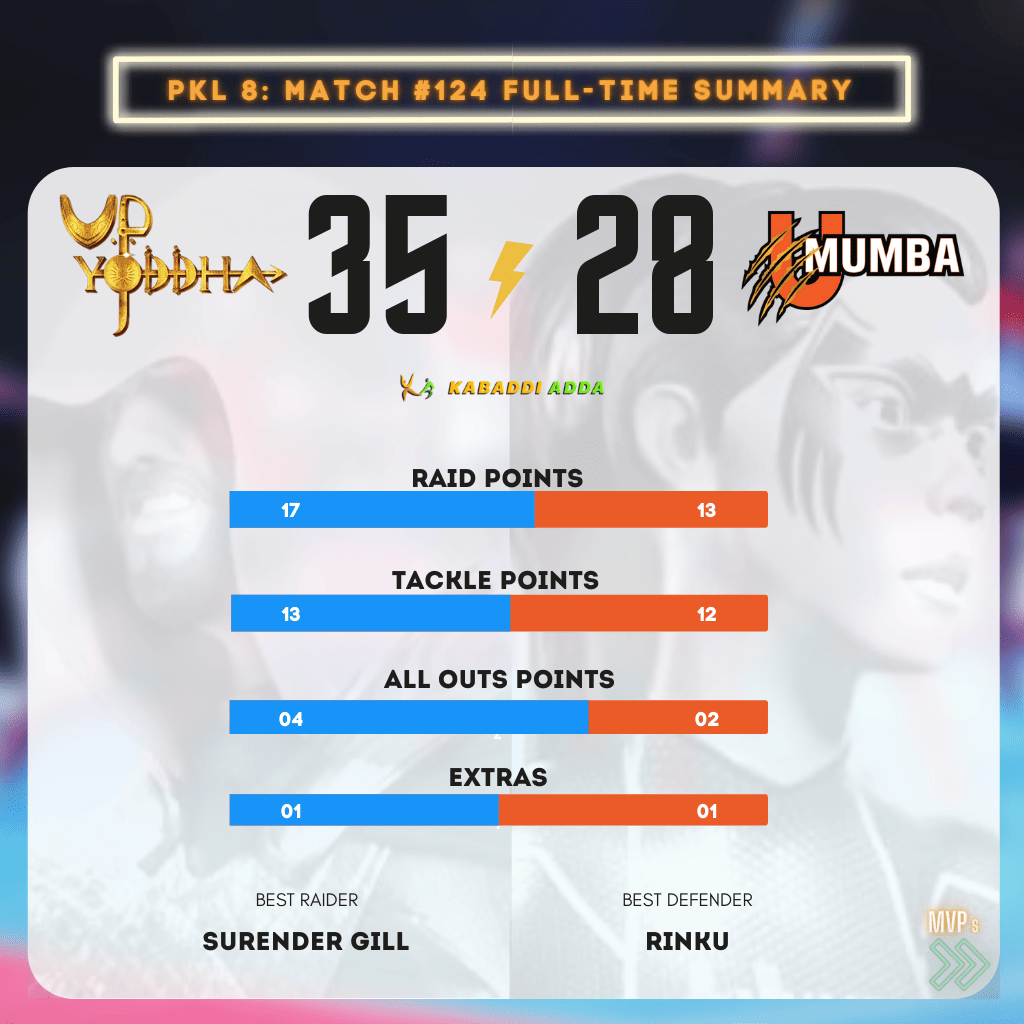 Coach Jasveer Singh and Arjun Singh will be delighted with this win as it takes his team to the 2nd spot on the points table with 68 points. This loss leaves U Mumba in the 9th spot with 54 points.

The mainstay of the UP Yoddha was Nitesh Kumar staying on the mat for 90% of the raids and scoring 2 points.

It was a cat and mouse game between the two sides, with teams trading points and lead changing sides 13 times over the game. But the game changed in the 78 raid when


Surender Gill scored 8 raid points and he was supported by Pardeep Narwal with 6 points. Surender Gill kept picking points to keep the U Mumba at bay.
V. Ajith Kumar delivered for the U Mumba with 5 points, but it was not sufficient on the day against the UP Yoddha. U Mumba scored a total of 13 raid points and their raiders were tackled 15 times.

UP Yoddha scored when mattered


The teams were well-matched in both raiding and defence, but the UP Yoddha picked points when it mattered. Eventually, they sent U Mumba for 2 all-outs but conceded just 1. And that helped them get a sufficient lead to run away with the match.


In the 78th raid, U Mumba conceded an all-out as Surender Gill taking out Harendra Kumar,Fazel Atrachali who were the last men standing. This just widened the gap from which U Mumba never recovered.