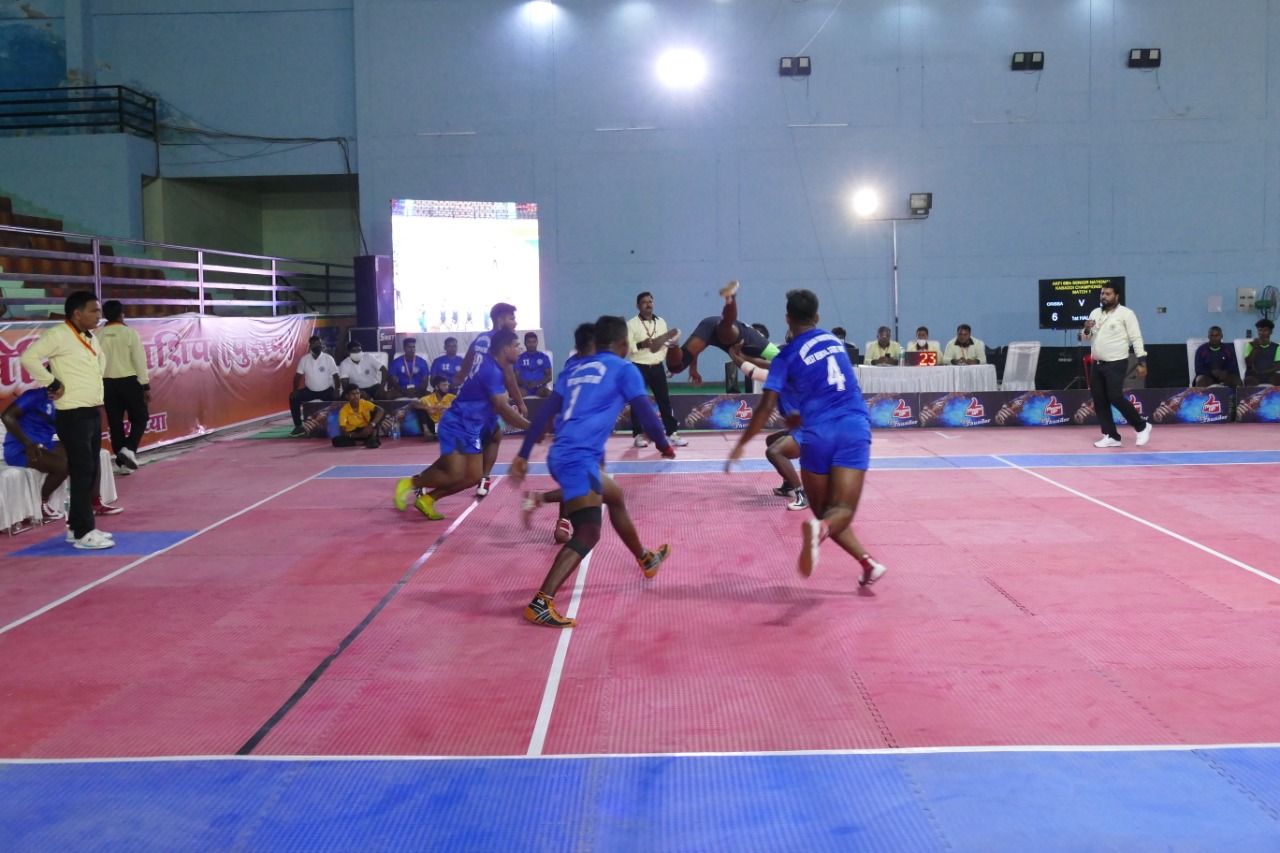 Day 1 of the event saw 13 matches taking place in Dr. Bhimrao Ambedkar Stadium here in Faizabad. The inaugural match of the 68th Senior National Kabaddi Championship saw the hosts Uttar Pradesh take on Assam. Uttar Pradesh lead by star raider Rahul Choudhary who was seen in action after a long time in the mat. UP were at it from the word go as they comfortably beat Assam with scores of 50-6. The next game had Himachal Pradesh taking on Rajasthan and this game was one of those games where both teams did not give in that easy. Both teams featuring big names in the likes of  Deepak Niwas Hooda, Vishal Baradwaj, Surender Singh among others was a game that kept everyone glued to. The game went ahead and both teams were scoring points and it was a tough call on who will out as winners. Deepak Niwas Hooda was seen in great form as he was seen doing multi point raids to bring Rajasthan into the game. In the end it was Rajasthan who kept held their nerves to win a close game of Kabaddi by a margin of just three points to open their account in the tournament. Another interesting game that happened on Day 1 was between arch rivals Tamil Nadu and Karnataka. Both teams having some young players in their squad which made sure this game was not something anyone would want to miss. The game began with both teams scoring points at regular intervals. At the end of 1st half the scores were close to equal, and then Tamil Nadu ahead in the game during 2nd half to keep Karnataka behind. Towards the end it was Karnataka who pulled it back and won the game with a margin of three points to deny a win for Tamil Nadu. Haryana won against Goa with a margin of 26 points where Pardeep Narwal and Meetu Sharma were seen raiding together to keep Nitesh Kumar's Goa out of the game. Punjab were seen in action against Vidarbha where star raider Maninder Singh lead Punjab to victory by 18 points. The other encounters saw Chandigarh, Bihar, Maharashtra, Kerala, Delhi, Madhya Pradesh, Chattisgarh, and West Bengal start of their campaign with a win.

Day 2 of the 68th Senior National Kabaddi Championship will feature Indian Railways and Services in action against Jharkhand and Andhra repectively. The day promises to be an action packed day with lot of interesting games lined up.