NIS coach Rajendra Rajale will be back on Kabaddi Adda on the 31st of March to give some lessons on how to escape to your side of the mat. Coach Rajale will be live on Kabaddi Adda and you can interact with him in the 40 minutes session. He will also answer your doubts on the topics explained during the session.

Rajendra Rajale has been associated with Kabaddi Adda for a long time now and has also appeared in many Kabaddi Skill videos on out YouTube Channel. He also has a Kabaddi academy near Pune where a number of young Kabaddi enthusiasts stay and learn Kabaddi. 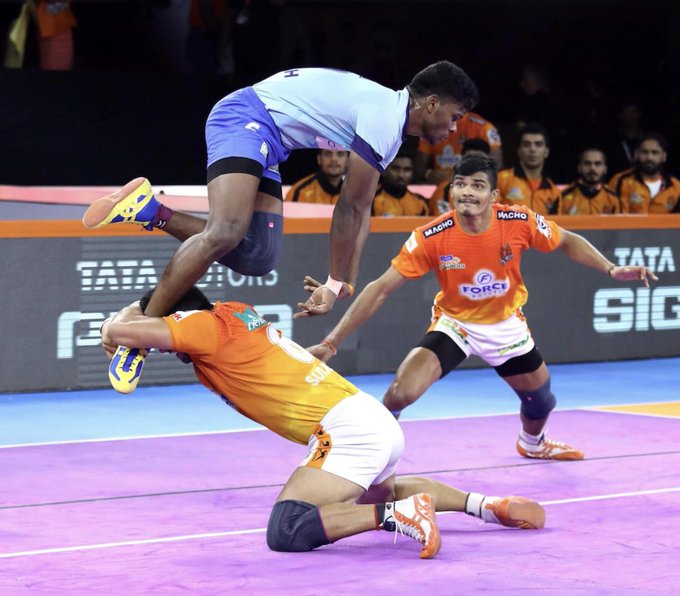 In the Ghar Se Panga series, you can now get to see coach Rajale live while sitting at your homes and learn various Kabaddi skills. He will be talking about escape skills which can help you during a raid. More specifically, coach Rajale will explain in detail as to how to avoid an ankle hold and escape during a raid. He will also talk about the ways to escape from a block.

You can register yourself at the link here.

Ghar se Panga is a series where you can get to listen to Kabaddi players, coaches and Kabaddi experts talk about the sport. You can be a part of the LIVE Sessions and get a chance to talk to your favorite players and experts from your homes.