UP Yoddha produced an all-round performance to defeat Gujarat Fortunegiants 33-26 in a VIVO Pro Kabaddi League match at the Netaji Indoor Stadium in Kolkata on Monday.

UP’s defensive pair of Nitesh Kumar (4 tackle points) and Sumit (High 5 with 5 tackle points) were in red-hot form once again, aptly supported by the raiding duo of Shrikanth Jadhav and Surender Gill (both with 6 raid points), as the team beat last season’s runners-up Gujarat Fortunegiants to move to fifth in the points table. 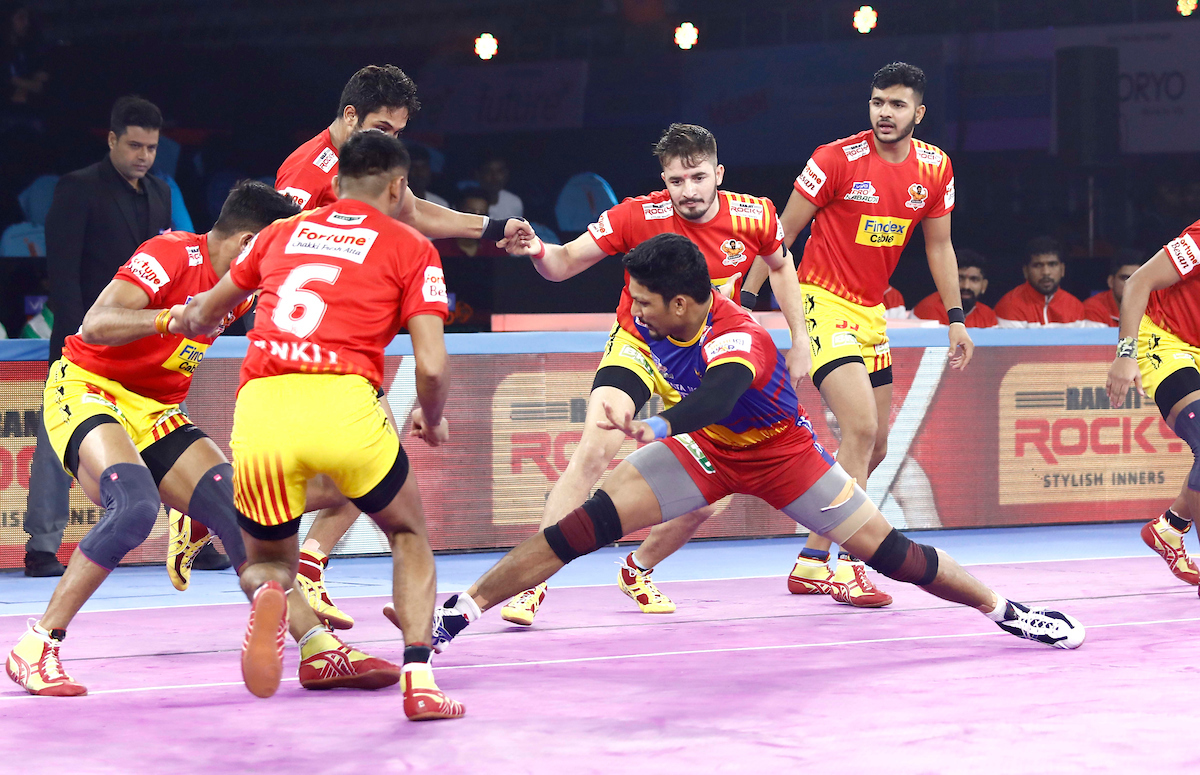 UP’s cover combination of Nitesh Kumar and Sumit is regarded amongst the best in the league and it was not surprising the match was called the battle of defences because on the other side was Sunil Kumar and Parvesh Bhainswal, another great defensive duo. It was not therefore too surprising to see the raiders struggle to clinch points in the early minutes of the first half. 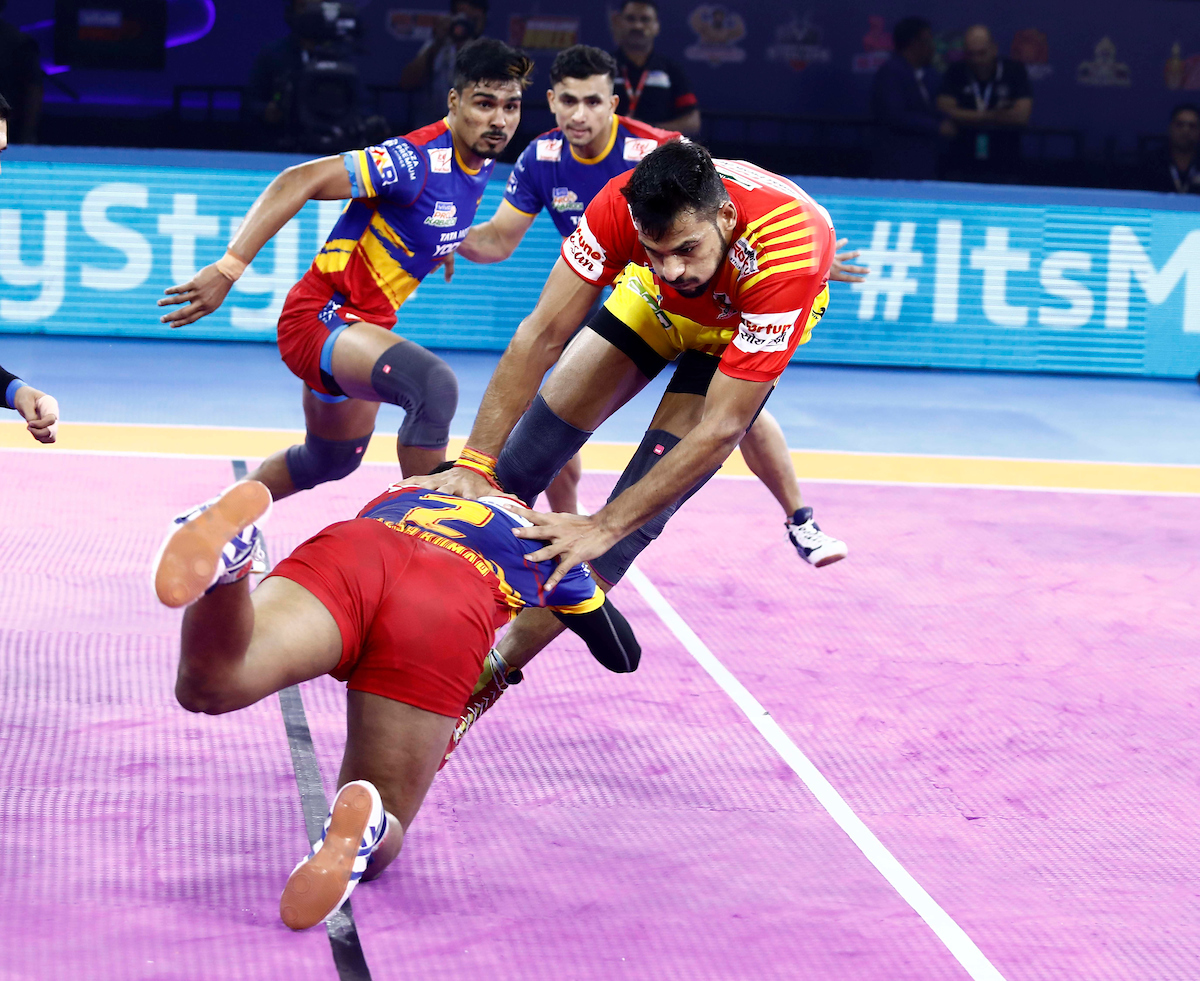 Sachin’s return to the squad has been a vital factor in Gujarat’s improved form in the recent matches and the raider was once again influential as he secured to a two-point raid in the sixth minute to give Gujarat a slender lead. But Shrikanth Jadhav immediately restored parity with a two-point raid for the Yoddha as both sides continued to trade blows. With Monu Goyat still suffering an injury, UP's raiding duties had fallen on the shoulders of Jadhav and Surender Gill, something they had so far managed to do with ease. The latter was the difference-maker for Yoddha in the second half as he pulled off a series of successful raids to enforce an All-Out on Gujarat in the final minute of the first half to open up a 7-point lead (16-9). 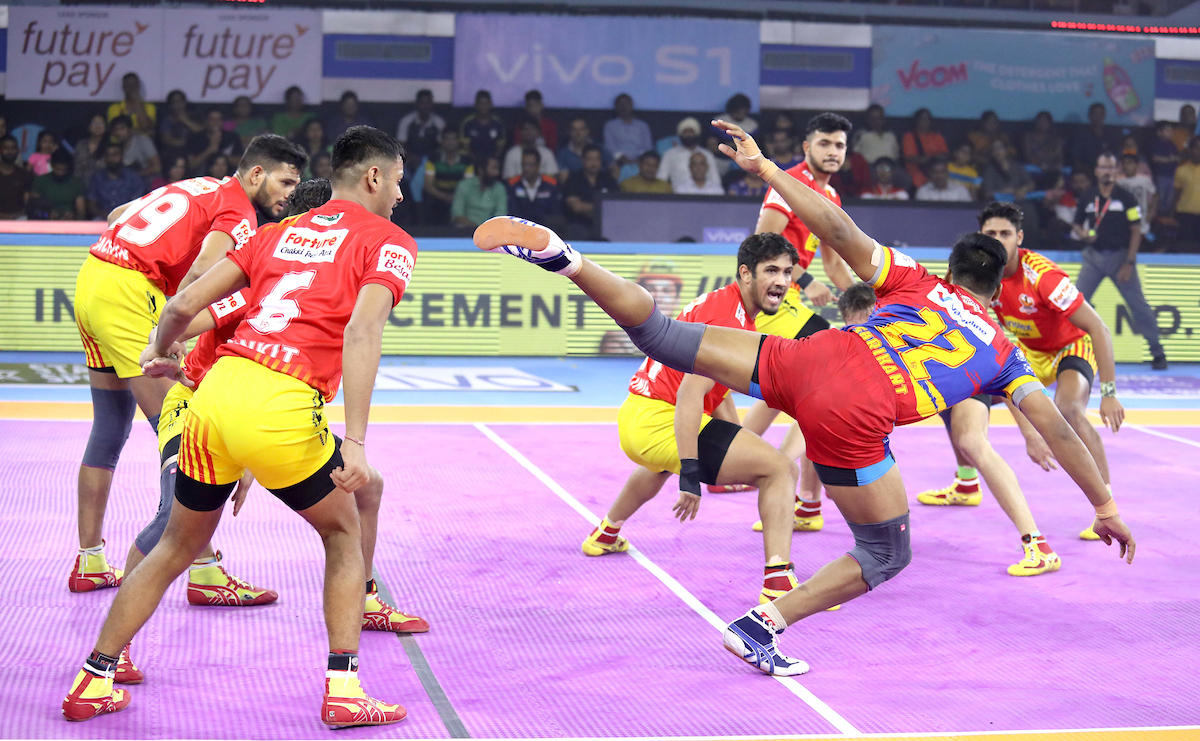 Surender Gill started the second half just like how he ended with the first, picking up vital raid points for UP Yoddha as they raced to a healthy lead. The dominance finally showed when the team inflicted the second All-Out on the Fortunegiants in the eighth minute of the half to move to a twelve-point lead. But the Gujarat side were in no mood to give up, and Sachin sparked a comeback with a four-point Super Raid (in the seventh minute) as Gujarat reduced the margins and forced an All-Out on Up with 8 minutes still left in the clock. UP’s defence were in no mood for another slip up though, and the duo Nitesh and Sumit steadied their ship to clinch their fourth consecutive win.