Who will qualify for the PKL playoffs?

Three teams have booked their place in the playoffs while there are 5 other teams in contention for the remaining 3 spots. Ahead of the triple panga on the final league matchday, we analyse the chances of the contenders and the qualification scenarios. 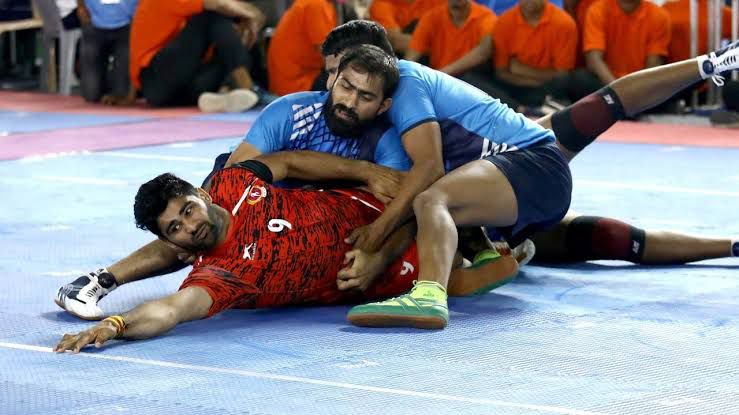 129 matches. More than 50 days of enthralling Kabaddi action. An outbreak of the virus in the bio-bubble and after all this it comes down to the final league matchday of the 8th edition of the Pro Kabaddi League to decide the teams for playoffs. The last three matches will be played in high intensity as they will have a bearing on the qualification scenarios.

The three teams who have booked their spot in the final 6 are the Patna Pirates, Dabang Delhi K.C and U.P. Yoddha have been lethal in the business end of the tournament. The Pirates have sealed their top spot on the table while the Dabang Delhi are locked in at the second spot with a total of 75 points in 22 matches. U.P. Yoddha is placed in the 3rd position with 4 wins in their last 5 matches and has accumulated 68 points in 22 matches.

The Bengaluru Bulls are at the 4th spot in the points table and they have collected 66 points from their 22 matches. The Bulls are dependent on other teams for a place in the latter stages as the Pawan Kumar Sehrawat-led side will be eliminated if Haryana Steelers, Jaipur Pink Panthers and Gujarat Giants win their respective matches.

The first match on the triple panga Saturday will attract a lot of eyeballs as Jaipur Pink Panthers and Puneri Paltan will clash with each other and the winner of this match will be through to the play-offs. The Pune-based franchise was leading by 10 points at half-time against the Bengal Warriors but the defending champions' incredible resurgence' meant that the Anup Kumar-coached side squandered the led. Mohit Goyat and Aslam Inamdar will be the key against Sandeep Dhull and Sahul Kumar who have led the defensive unit of the Jaipur Pink Panthers throughout the season. The Puneri Paltan will be having an edge in this encounter.

The Pirates have 81 points on the board and will be up against Haryana Steelers, who are in contention for a spot in the playoffs. The green brigade will be the underdogs and won't extend the lead at the top of the table as they will rest their senior players ahead of their semi-final in the next week. The Steelers, who need a win to qualify, will be banking on the likes of Jaideep, Mohit and Vikas Kandola to get the better of the 3-time champions. The Steelers will be the favourites going into this encounter.

Gujarat Giants have been unbeaten in their last four matches and need a win against the struggling U Mumba who have lost their last three matches. However, the Giants will be the underdogs going into this encounter as they haven't really been magnificent under pressure.

The Puneri Paltan, Bengaluru Bulls and Haryana Steelers will be the favourites to seal the remaining three spots.