Raider Shrikant Jadhav will be the next guest of the Ghar Se Panga series on Kabaddi Adda Instagram. He will be talking about his journey from a small town to becoming a household name for the sports of Kabaddi. Get to know about his journey through his own words.

Who: Shrikant Jadhav, Raider, UP Yoddha
When: 13th May, 4 PM
Where: @KabaddiAddaInstagram

Jadhav, currently a member of UP Yoddha franchise in Pro Kabaddi is a real-life rag to riches story. He hails from a small village in Ahmednagar district in Maharashtra and comes from the family of farmers. He represented the junior Maharashtra Kabaddi team when he was just in the 10th standard and moved to Sports Authority of India, Kandivali for his training.

Due to his fantastic season with UP, the team paid Rs. 68 lakh to retain him into the team. He did not disappoint with his performance and scored 148 raid points for his team, the most by any player from UP Yoddha. Coming from a small village and then going to become a huge sensation in Pro Kabaddi is a dream come true for Shrikant.

Get your questions ready for one of the most favorite players of Kabaddi in India. 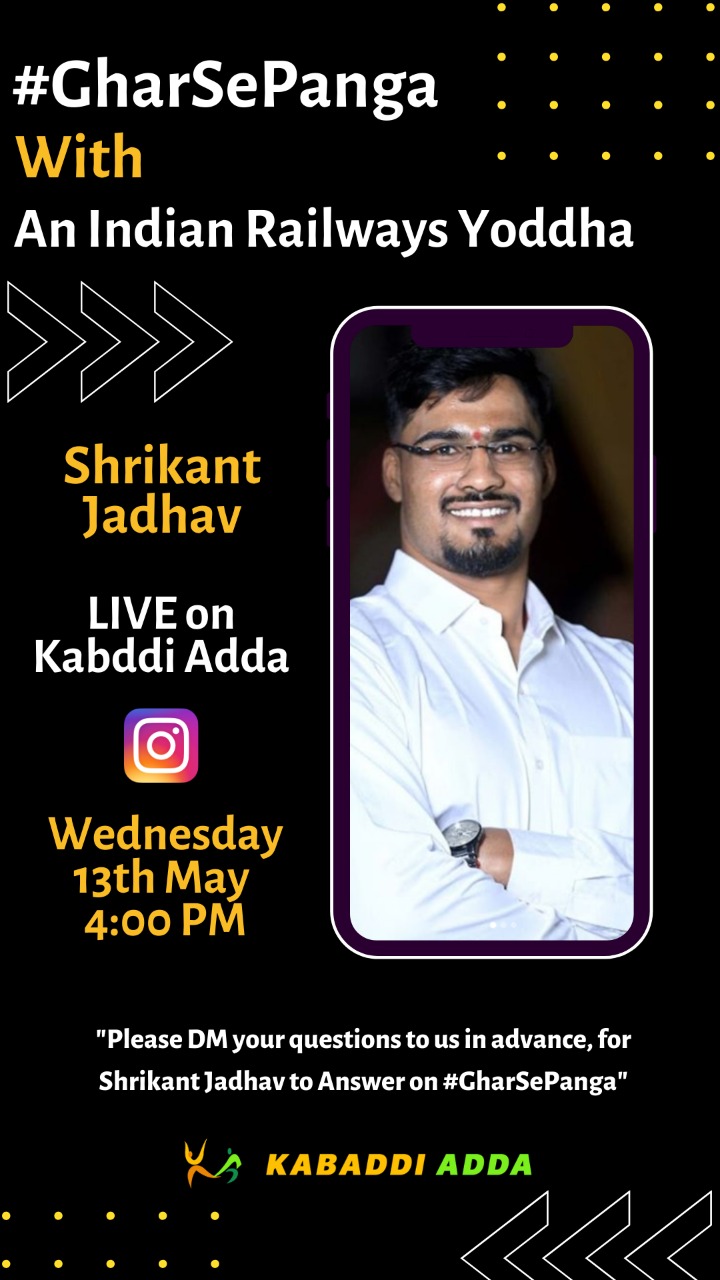