Hosts Rajasthan were the second team to reach the semifinal of the 67th Senior National Kabaddi Championships after they went past Maharashtra in the second quarterfinal of the day. An all-round performance from the team and huge crowd support got the home team a huge boost as they are still unbeaten in the tournament. Rajasthan won the match 47-34.

The match started off with both the teams picking up points in succession. Pankaj Mohit put out two back to back successful raids to keep Maharashtra in pace with the opposition. With five minutes into the game, Kamal Kishor sent the defense of Shubham Shinde, Sanket Sawant and Rohit Banne on the bench in a Super Raid. This put Rajasthan in a 7-3 lead, and soon they also inflicted an all-out on Maharashtra to increase the lead to 13-4.

This put Maharashtra on a back foot as they did not appear to be having answers to Sachin, Deepak Niwas Hooda or Kamal Kishor. The trio kept on raking points for the hosts as Raju Lal Choudhary took care of the defense along with Dharmendra Singh on the other side of the mat. With seven minutes left in the first half of the game, Rajasthan had a comfortable 23-6 lead with the second all-out being inflicted as Raju tackled Ajinkya Pawar. At the end of the first 20 minutes, Rajasthan was leading 29-12.

Mohite seemed to have found his form in the second half of the match as he tackled Sachin and also did a successful raid soon after. However, he did not get support from his teammates and within five minutes of the second half, the third all-out was inflicted on the Maharashtra team, giving Rajasthan a huge 39-15 lead. Shubham Shinde and Akash Kadam then took a step forward in helping Maharastra get back into the game. They tackled Sachin and Dharmendra Singh to send all Rajasthan players off the mat. Shinde completed his High 5 and Mohite picked up a Super 10 on the way. 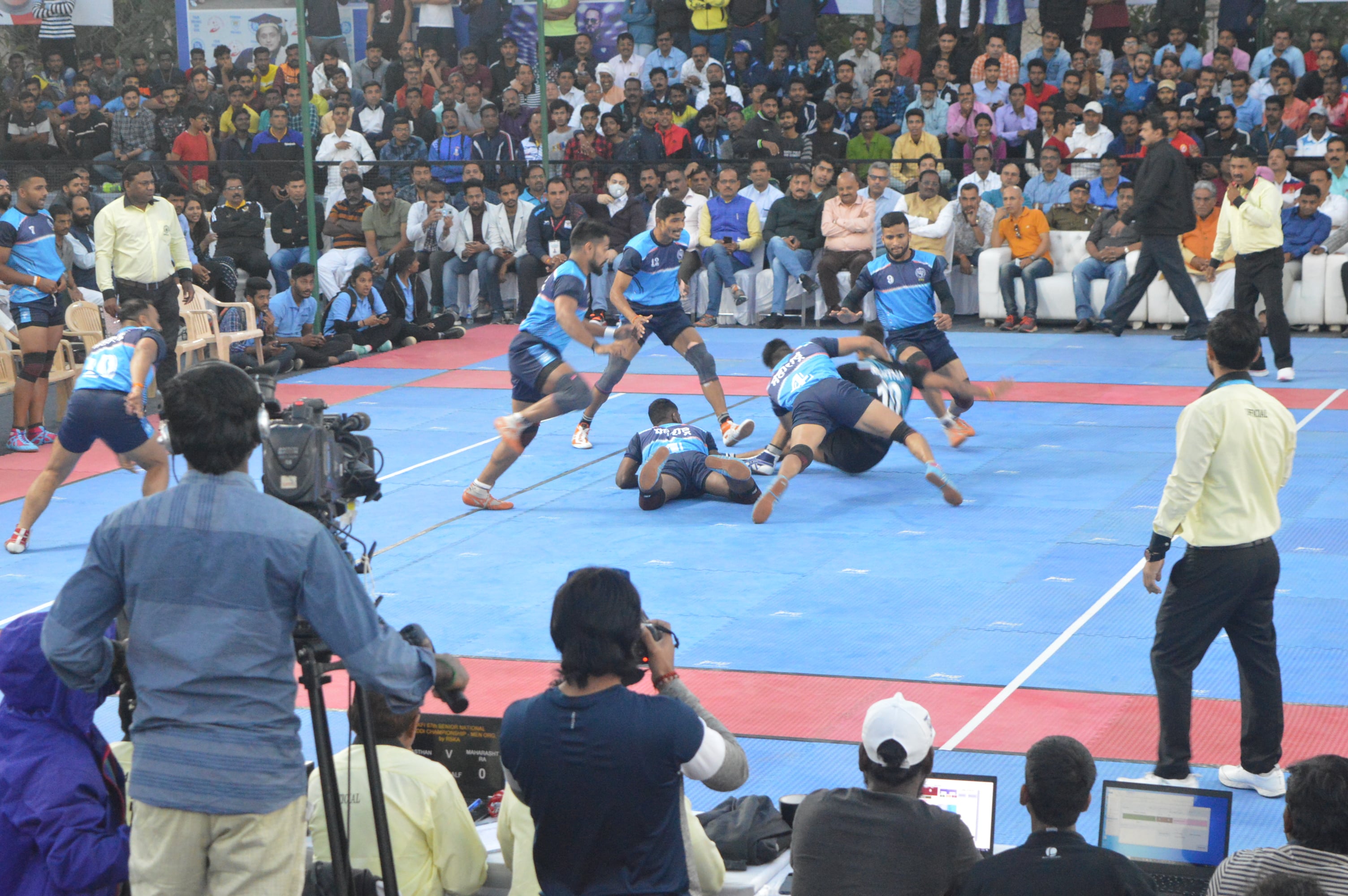 With Maharashtra trailing 46-41 and just 10 minutes remaining, they tried to make the most of it as Mohite and Ajinkya picked up raid points. Sushant Sail also put in his efforts with multi-point raids but it was too late for them to get back into the game. Rajasthan won the match 47-34 with a stupendous team effort. Deepak Hooda picked up five raid as well as five tackle points while Kamal Kishor completed his Super 10. Raju Lal Choudhary also picked up a High 5.