The pre-quarterfinal round of the Senior National Kabaddi Championships 2020 took place on the morning of 5th March 2020. A total of eight matches took place in each men's and women's categories as the top two teams from all the groups made their place in the knockouts.

It was no surprise when the defending champions Indian Railways continued their unbeaten run in the tournament as they went on to defeat Chandigarh in the first match of Round of 16. They won the match 45-35 as Pawan Kumar Sehrawat scored 12 points while Parvesh Bhainswal picked up a High 5 with eight tackle points.

Maharashtra and Rajasthan had an easy win against their respective encounters. Rajasthan defeated Kerala (Court Direction) 53-33 while Maharashtra went past Madhya Pradesh 53-36. Pondicherry almost had thrown out the Haryana team as they came very close to winning in the match. However, High 5 from Amit Sheoran sealed the match for Haryana, winning the match 36-31.

Harendra Kumar and Azad Singh were the match winners for Uttar Pradesh as they defeated Tamil Nadu in a closely fought match. With the scores tied at 28-28 and just one minute remaining into the match, Harendra produced a fantastic tackle over Tamil Nadu's top raider Ram Kumar to get a one-point lead. Azad went in for the last raid of the match to pick up one more point for the team as Up won the match 30-28. 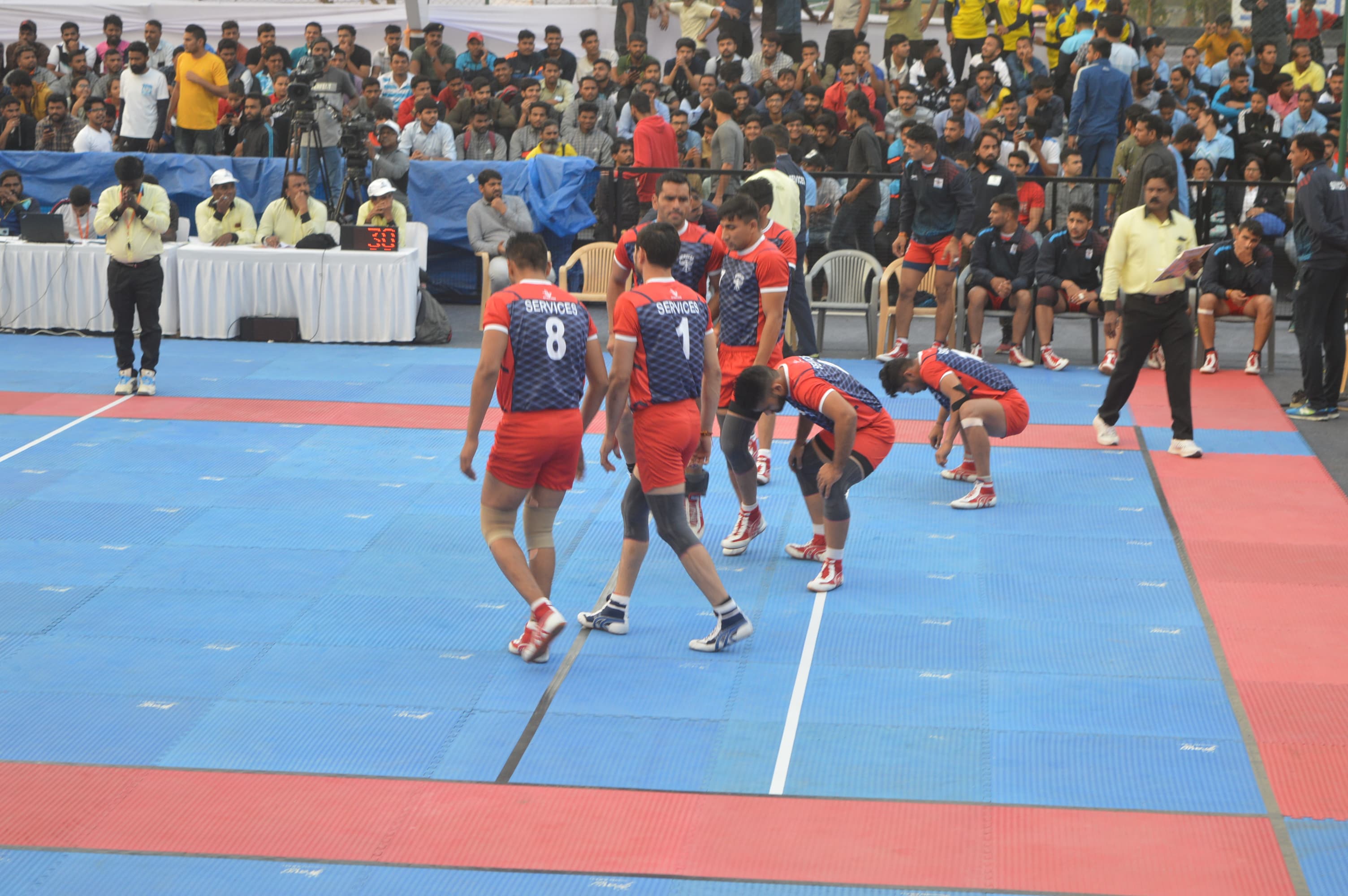 Services had a cakewalk against Uttarakhand with Nitin Tomar ending up as the star for the last year's runner-ups. He scored a total of 10 points as they registered a 43-14 victory. Ajay Thakur was dropped from the starting seven as Himachal Pradesh took on Karnataka. Veterans Sukesh Hegde and Prashanth Kumar Rai took full advantage of this and led Karnataka to a 41-27 win against the HP team. Bihar went past Gujarat 51-27 in the seventh match of the pre-quarters.

In the women's division, Indian Railways and Himachal Pradesh picked up wins in their matches. Bihar and Goa tamed their respective opponents to make a place in the quarter-finals. Jharkhand's Akshima picked up a total of 12 points to help her team win 33-27 against Uttar Pradesh.

Here are the full results for the pre-quarterfinals: