Ghar Se Panga brings you an opportunity to have an interactive session with the star all-rounder Rohit Gulia. The youngster will be live on the 22nd of April at 4 PM on Kabaddi Adda Instagram. Gulia's interview will be a part of the #GharSePanga series of Kabaddi Adda wherein we give you a chance to listen to the stories of your favourite Kabaddi players and coaches.

What : Rohit's Story on what it takes to a become a top raider

In the national circuit, Rohit plays for the Railway Sports Promotion Board and was a part of the title-winning team at the 67th Senior National Kabaddi Championships in Jaipur. Rohit, along with Pawan Kumar Sehrawat and Vikas Kandola formed a strong raiding unit for the champions.

Rohit has been a part of Pro Kabaddi franchise Gujarat Fortune Giants since its inception in 2017. He has played three seasons with the team and has evolve into one of the top raiders for the team. He was also named the captain of the team for the Pro Kabaddi Season 7, one of the youngest players to captain a Pro Kabaddi team at the age of 22.

Making his debut in Pro Kabaddi Season 5, Rohit started his professional Kabaddi career with the team which also made its debut. It was a mediocre performance by the youngster wherein he managed to pick only 35 raid points from 19 matches. He bettered the number in the following season when he got 58 raid points. But Gujarat Fortune Giants persisted with him and he grew into the shoes of the lead raider for them.

Rohit's growth as a raider and a team-player got him the captaincy band in the PKL 2019 season. While the team could not perform well in the season, Rohit's performance saw a huge jump to put him in the league of top raiders of the league. In the 22 encounters, Rohit managed to get 132 raid points to his name and finished the league on the 10th position on the list of most raid points.

In the recently concluded and prestigious Railways Inter-zone, Rohit Gulia scored 67 points in just 6 matches for North-Eastern Railways taking them a historic win. He was declared the best raider for tournament. Soon he followed this act with another brilliant performance in Kollam Kabaddi League where he scored 22 points in the finals against CISF after Vikas Kandola was out with an injury.

On Wednesday, 22nd of April, you will get to ask your questions to Rohit Gulia directly and know more about the life of the star. 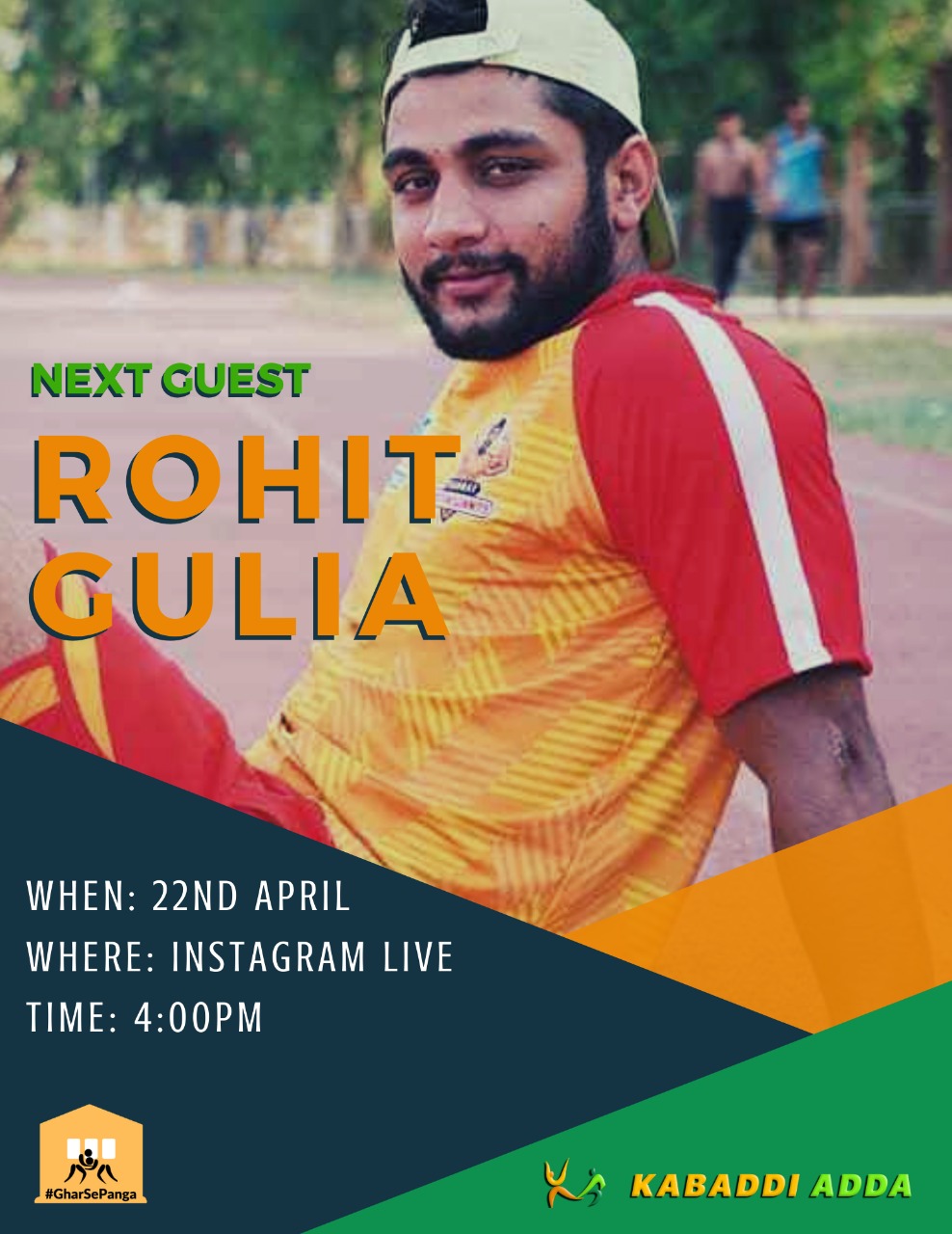