Gujarat Fortune Giants' coach Manpreet Singh will be the next star to feature on the Kabaddi Adda Instagram channel. Manpreet, a former Kabaddi player himself will be talking about his journey from entering Kabaddi and then going to coach a team in Pro Kabaddi.

Manpreet has been the coach of the Gujarat franchise since the inception of the team in 2017. He made a mark in his maiden season with his aggressive coaching combined with top of the line defensive play. Under his leadership, the FortunegiantsFortune Giants made it to the finals in their debut season itself. Their performance was even more consistent similar in the next season as well when Gujarat made it to the finals for the second consecutive time in a row.

Before announcing his retirement, Manpreet was a part of the Patna Pirates franchise. He also captained the team in Season 3 and went on to win first of the three titles for Patna. If he wins the trophy as a coach, Manpreet will be the first person to achieve the feat of becoming the first person to win the PKL tournament as a player as well as a coach. Manpreet has been credited with finding PKL’s best raider Pardeep Narwal; he followed this by building a winning squad with youngsters Parvesh Bhainswal, Sunil Kumar, and Sachin.

The star has also represented India on an international level and was a part of the team that won gold medals at the 2002 and 2006 Asian Games. He went on to take the path of coaching just like his fellow teammates Sanjeev Kumar, BC Ramesh, and Ram Mehar Singh.

On 1st May, Manpreet will be in conversation with Kabaddi Adda wherein he will talk about his journey into the sports and how he went on to become a successful coach for Gujarat Fortune Giants. Keep your questions ready for Manpreet. 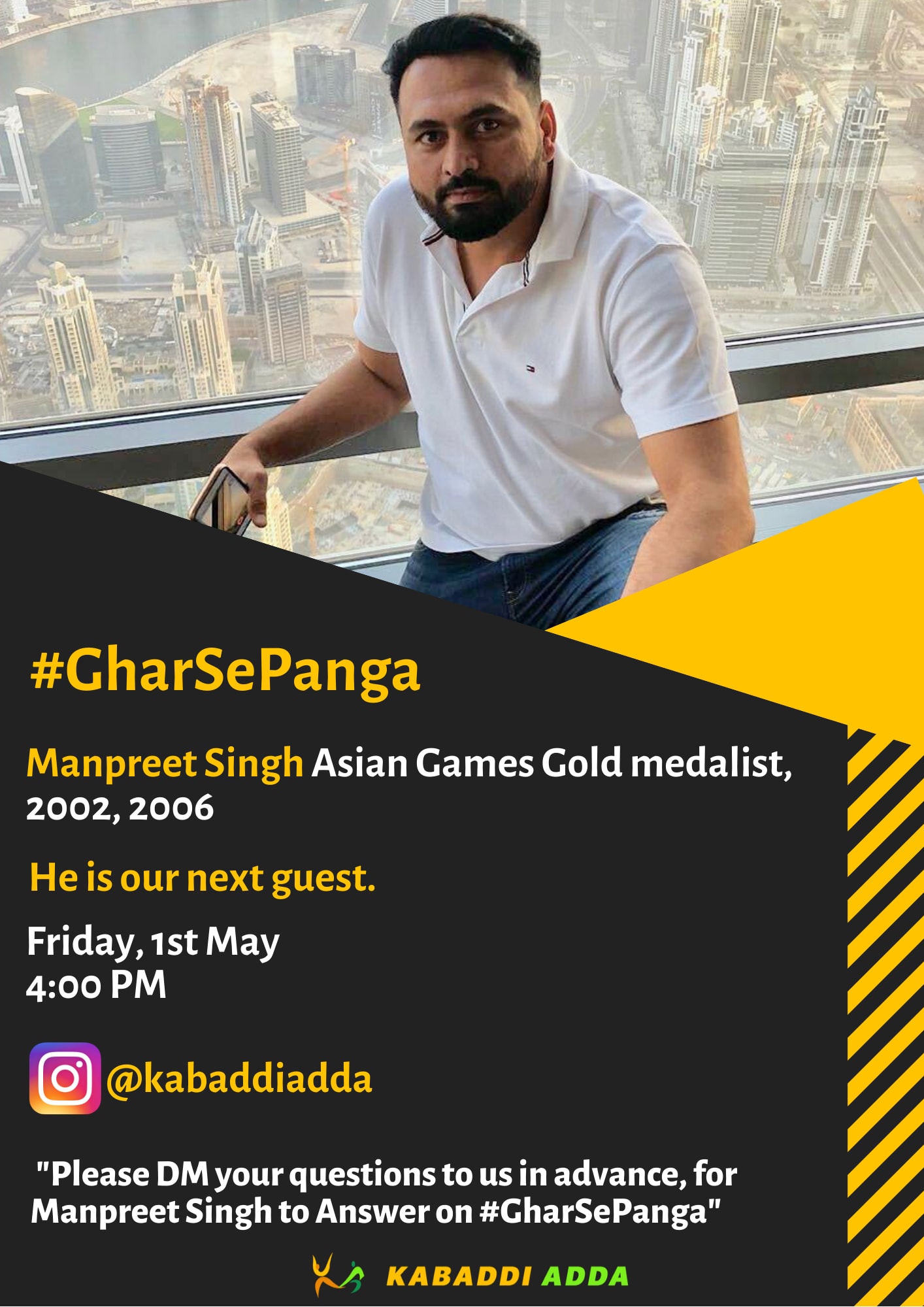