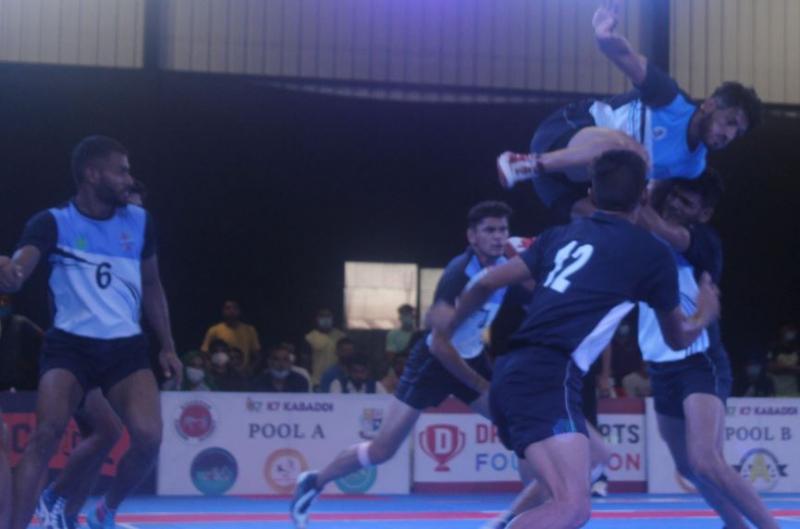 Bhaini School coming to the match tagged as favorites prove their mettle by completely outplaying Chhaju Ram Kabaddi Academy in the opener of K7 Kabaddi StageUp 2021, led exemplary by Meetu.

The move to Substitute Aman turned out to be substantive for Chhaju Ram Kabaddi Academy to an extent, as he got the most tackle points(8) for them, but even that was not enough to match the might of the trio Meetu, Mohit Goyat, and Jaideep. Meetu alone scored a total match point of 24 in a complete demolition derby over Chhaju Ram Kabaddi Academy  where he was ably supported by Mohit’s all-around efforts (12 points) and best defender of the match Jaideep (7 points).

Rightfully, the best raider and player of the match was awarded to Meetu, Jaideep turned out to be the best defender and not to forget Sachin Suresh’s heroics which made him the best-supporting Defender, whereas Kismat Singh remained an unsung hero who bailed out Bhaini School from do or die(DoD) raid and was awarded as best DoD raider.

Bhaini School has continued their undefeated streak from the qualifiers stage and is well on course being tagged as tournament favorites. Chhaju Ram Kabaddi Academy, on the other hand has to brush this humiliation aside as soon as possible and has to show improvement by multiple folds. Especially, the defense of Chhaju Ram Kabaddi Academy has to work really hard as Meetu was simply toying with them and the bonus line in play.

It will be interesting to see how the head coach of Chhaju Ram Kabaddi Academy Mr. Sumer Singh inspires them and formulates a winning strategy going forward into the tournament which will only get tougher from here. Meanwhile, Mr. Jagbir Sihag, head coach of Bhaini School has to keep the boys grounded and continue the process which has transpired their undefeated journey so far.

This is just the beginning of the league stage and we can already see many upcoming superstars of the game, this is the quality that the stage of K7 has built up and it holds true to its tagline of Stage Up where these budding players are fighting it out to make a name.