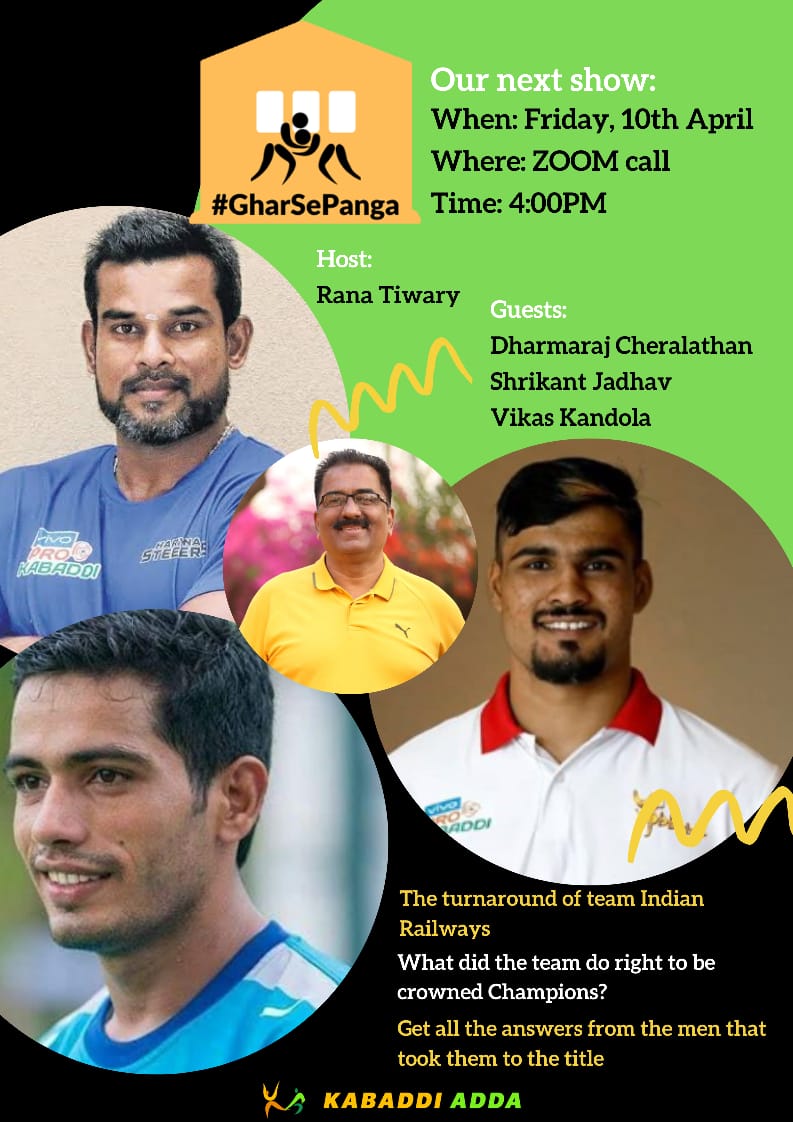 Cheralathan, Kandola, and Shrikanth are also a part of the Indian Railways team and have been playing together for years. The trio was a part of the winning team at the 67th Senior National Kabaddi Championships in March 2020. Mr. Tiwari was the coach of the team as the Railways lifted their second consecutive trophy in Jaipur. The coach will be interviewing his top players and will also interact with the audience.

Click here to join the interaction on 10th April, 4 PM

Interestingly, Kandola and Cheralathan also play in the same Pro Kabaddi team, Haryana Steelers. Kandola is the leading raider for the team, while Cheralathan is one of the top defenders of the league. They both played a major role in the Railways' title-winning run at the recently concluded Senior National Championships. Jadhav, who plays for UP Yoddhas in the PKL, was also a key member of the victory at Jaipur.

The discussion on Friday would focus on anecdotes from the Railways' camp and how the team managed to win the title for the second straight year.