Jaipur is gearing up for the Kabaddi matches at the 67th All India Police Wrestling Cluster starting tomorrow (27th Feb 2019) which is organized by Rajasthan Police.

In the Mens category inaugral match, Maharashtra will be playing Odisha. In the Womens caategory, Punjab will play Himachal Pradesh.

The Thane Mayor Championship, a state level kabaddi tournament will start from today. This is organized by the Thane Municipal and Thane District Kabaddi Association.

In the quater finals, Om Kabaddi Club were facing Jai Hind Club from Ahmadnagar, which went on till the Golden Raid. In the first half, Jai Hind were leading 17-10, but Om Club made a herroic comebaack to tie the game at 28-28 in the second half. In the Golden Raid, Girish Ernak the captain, won them the match by getting a Bonus point.

The win was led by Pawan Sehrawat and Vikas Khandola, while for the Services, Captain Rohit Kumar performed really well. For more detailed news click here or you can watch this video

The 3rd edition of the Haryana Government organized Pandit Deendayal Kabaddi Championship, as it is widely known was flagged off yesterday.

For more detailed news on this, please click here

A kabaddi tournament  was organized by the Shree Ramnarayan Zinda Club at Jodhpur, Rajasthan. This was open in 3 categories - Men, Women and Senior Citizen.
The winners won a prize of Rs21,000, the runner-up won a prize of Rs11,000.

NTPS defeated the team from Sinhagad, Pune to win the championship. The NTPS team is led by Pro Kabaddi player Dadaso Awad, who earlier played for the Dabang Delhi Kabaddi Club. They won a cash reward of Rs 41,000 and a trophy. 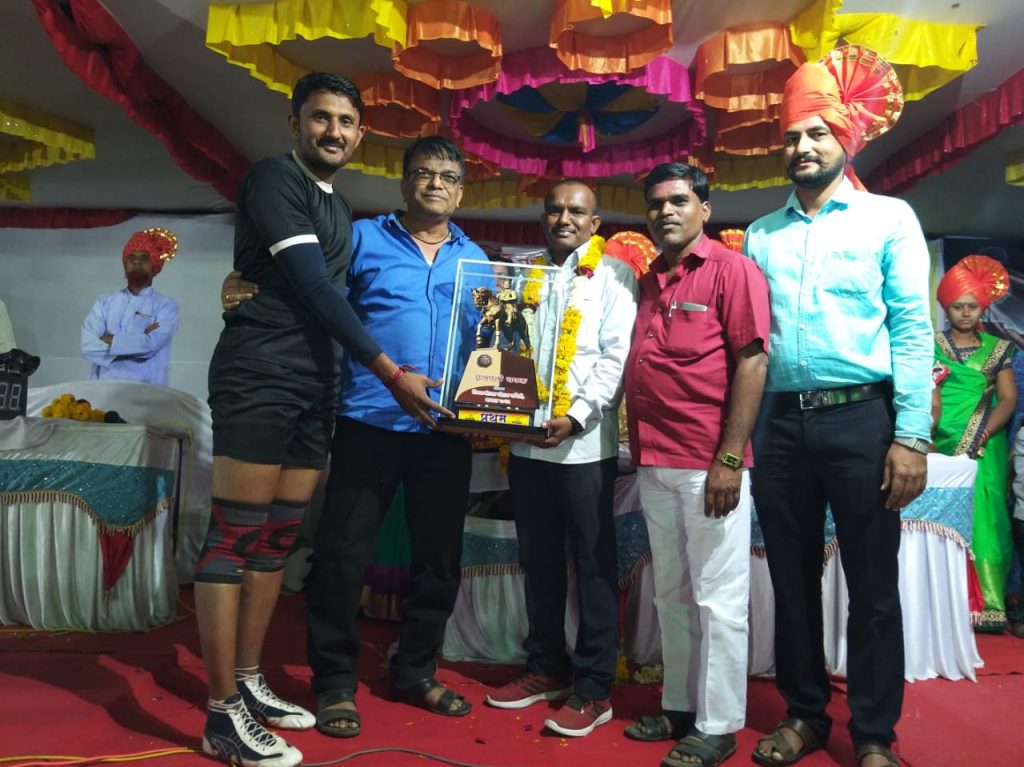 The 3rd edition of the Pandit Deen Dayal Upadhyay Memorial All India National Style Kabaddi Championship is all set to start from 22nd Feb at Hisar for which the team attended a camp at Mumbai on 19th Feb, where the Maharashtra State Kabaddi Asso., has decided that Amir Dhumal will bear the responsibilitis of a Captain.

In this tournament, the winners will get a cash reward of Rs 1 Crore, making it the second biggest tournament reward after Pro Kabaddi. Amir had also represented Maharashtra in the 66th Kabaddi Senior Nationals.

The 22nd State Level Inter-State University Sports Festival was held at Mumbai, where we saw the Boys from the Shivaji University, Kolhapur team defeat the lads from Mumbai University 38-34.

​​​​​​​This is the 3rd edition of the 3rd Pandit Deen Dayal Upadhyay Memorial All India National Style Kabaddi Championship which will be organized at Hisar, Haryana from 22nd to 24th Feb 2019.

The highlight of the tournament is the cash reward of Rs 1 Crore to the winners.

The Maharashtra State Kabaddi Asso., has selected 12 players for the camp which is being organized at Shivaji Park, Mumbai on 19th Feb 2019.

As per the organizers, Shiv Sena Yuva Sena and Navtarun Krida Mandal there are 32 teams participating in the tournament with an entry fees of Rs701.

​​​​​​​In the MLA Trophy State Level Invitational Kabaddi Tournament, 16 teams each of Men and Women featured.

On 2nd day of the 45th Kabaddi Junior Nationals being organized at the Netaji Subhash Chandra Bose Indoor Stadium Kolkata, we saw some exciting action.

Himachal Pradesh crushed Jharkhand 68-13 in the Boys section. For other results in the Boys category, please click here 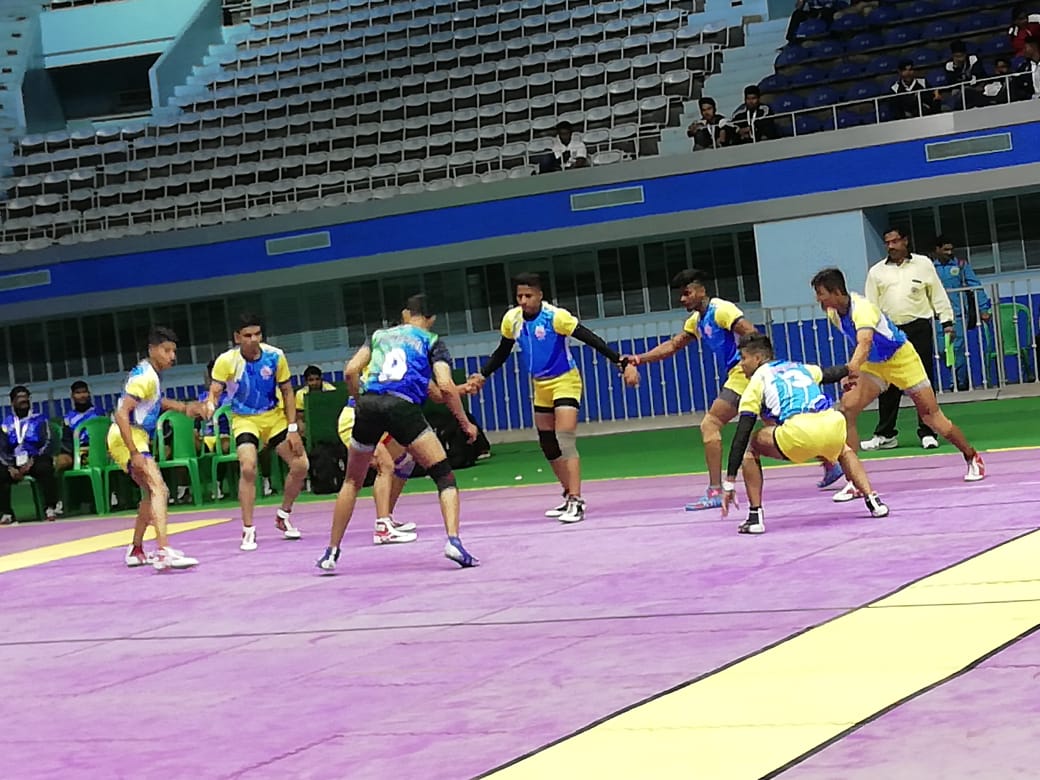 In the Girls, we saw Himachal Pradesh and Maharashtra take away some easy wins. For other results in the Girls category, please click here

Bhatinda is getting all set to host a Kabaddi tournament for four days starting from 26th February. They have also roped in WWE superstar The Great Khali to be their Brand Ambassador. 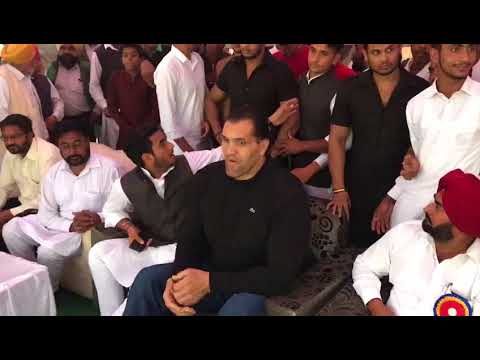 The tournament will be commenced in two phases

Taiwan Kabaddi Association has announced their team for the upcoming World Cup Kabaddi 2019 with Wang Tzu Jen leading them. 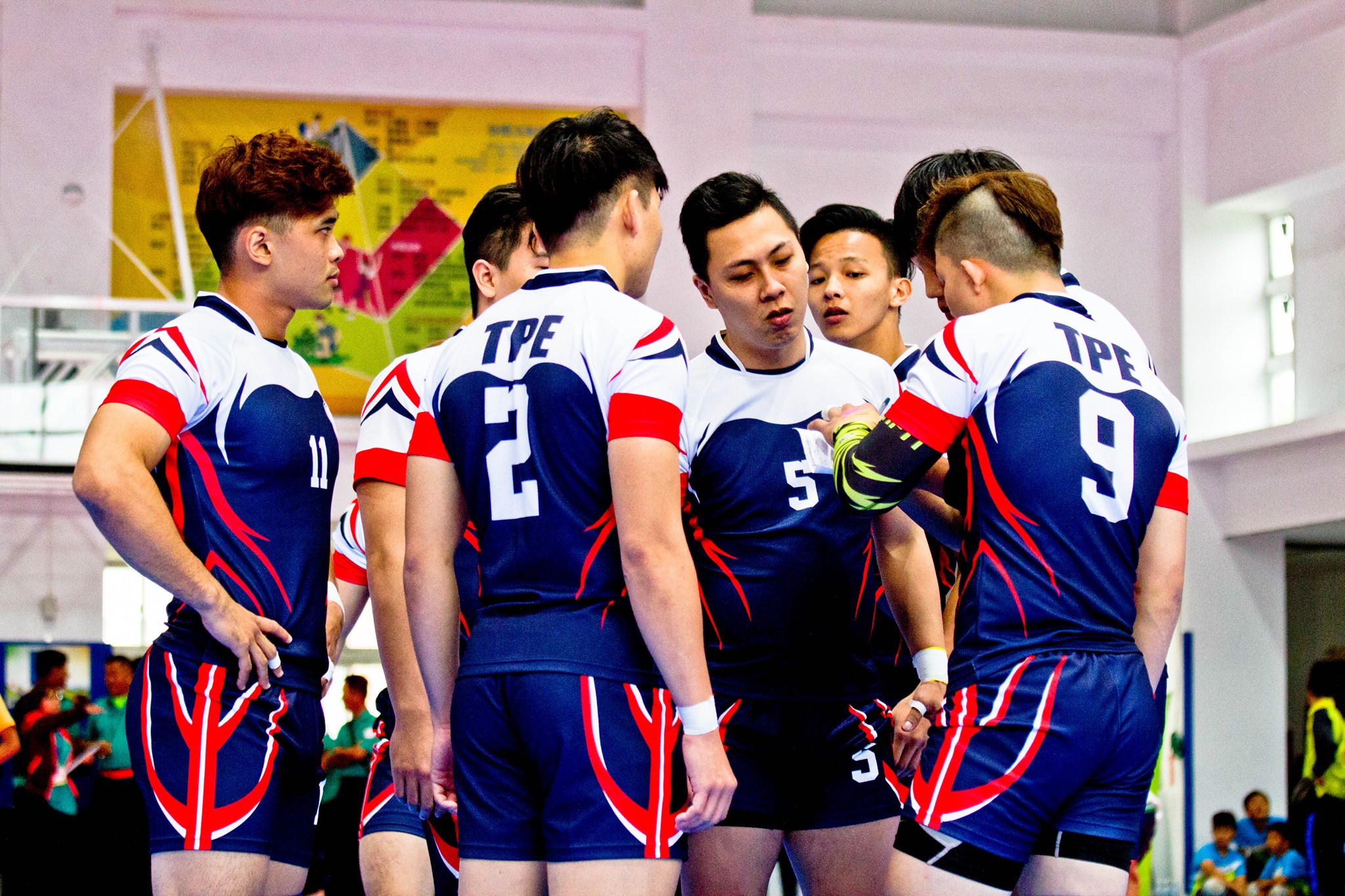 World Cup Kabaddi 2019 will start from 2nd April at Malaysia. 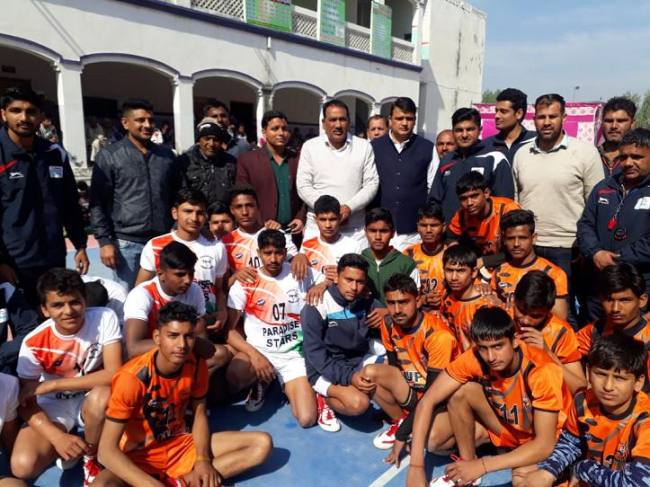 A total of 42 teams participated in this league which lasted for two days.

Bhopal is all set to host a kabaddi tournament starting today at the Aaga Club, Bhopal. 200 players from across the state. The state kabaddi association will select the Boys and Girls teams to represent Madhya Pradesh in the upcoming Junior Nationals in Kolkata.

Patna is all set to organize the U-14 kabaddi nationals. The probable dates for this tournament is from 22nd to 24th February.

Himachal Pradesh has selected a team of 12 players for the upcoming U-13 tournament being held in Patna, A camp for these players is organised from 11th to 14th February at Senior School, Bal Bilaspur.

Bagalkote is all set to host a All India Kabaddi Tournament for Men and Women from 8th to 10th February 2019. This is being hosted at the Adarsha Composite Junior College, Bevoor.

This organizers of this tournament have also announced a cash reward of Rs. 1,00,000 to the Champions along with many more awards such as individual player performance awards, bicycles and trophies.

In the Mens category of the Kabaddi tournament organized by the Kolhapur District Kabaddi Association, Air India defeated Mahindra and Mahindra by a score of 38-27 to be named winnners. They had defeated Mumbai Police in the semi finals, while M&M had defeated BPCL.
In the Women's category, Shiv Shakti kabaddi team were crowned winners as they defeated the Jai Hanuman Bachni team 43-26.

Air India's Sushant Sail was selected as the best raider as the team recieved a cash reward of Rs 1,11,000. 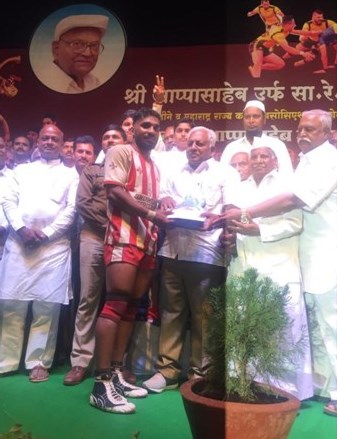 A state level Kabaddi tournament was successfully conducted in Mandya Pradesh's Kurwai. More than 40 teams from the entire country had participated in the tournament.

KFC Devli Chakk Punjab team were the Champions as they defeated Mungawali kabaddi team by a meagew difference of 1 point. The winners recived a cash reward of Rs 25000 and a trophy.

The Chandel Club had organized this event at Sironj village(Kurwai). Organizing Committee member Mazhar Naz said that in the first match of the Kabaddi competition organized by The Chandel Club

Maharashtra announce a squad for the Camp for the 45th Junior National Kabaddi Championship will take place in Kolkata, West Bengal from 15th to 18th February 2019. The Association has selected 20 boys and girls, out of which 12 boys and girls will be selected to represent Maharashtra.
The camp will be scheduled from 8th February at Shivaji Park, Dadar, Mumbai.

Chhattisgarh announce a squad for the Camp for the 45th Junior National Kabaddi Championship will take place in Kolkata, West Bengal from 15th to 18th February 2019. The Association has selected 28 boys and girls, out of which 12 boys and girls will be selected to represent Chhattisgarh.
The camp will be scheduled at Bilaspur for the Boys and at Rajnandgaon for the Girls.

Bilaspur in Chhatisgarh were witness to a State Level Kabbadi tournament in which 45 teams from accross the state had participated. The home team of Bilaspur were crowned Champions as they defeated Raigarh 45-23. Bilaspur team also won a cash reward of Rs 31,000 while Virendra Kushram won the Best Player Award and a cash reward of Rs 5000 and Khagesh Netam was awarded the Best Defender.