Kabaddi is back with its first tournament of 2021 after a 9-month break in pandemic affected 2020. Sahyog Kreeda Mandal, Gotegaon, Madhya Pradesh, will conduct the 38th All India Men Kabaddi Championship (AIMKC) from 20th to 23rd January 2021. This prestigious tournament will take place in Gotegaon, a town 60km from Jabalpur.

The history of this tournament goes back to 1982 when the first edition was played. An interesting trivia is that AIMKC is conducted on the same dates each year for the last 37 years. The Finals is played on the birth anniversary of Subash Chandra Bose. This year marks the 125th birth Anniversary of Shubash Chandra Bose. In order to pay tribute, Sahyog Kreeda Mandal, Gotegaon will inaugurate a statue of Shubash Chandra Bose on the final day. Shri Prahlad Singh Patel, Union Minister of Culture and Tourism, Govt. Of India will grace the occasion as the chief guest for the tournament. 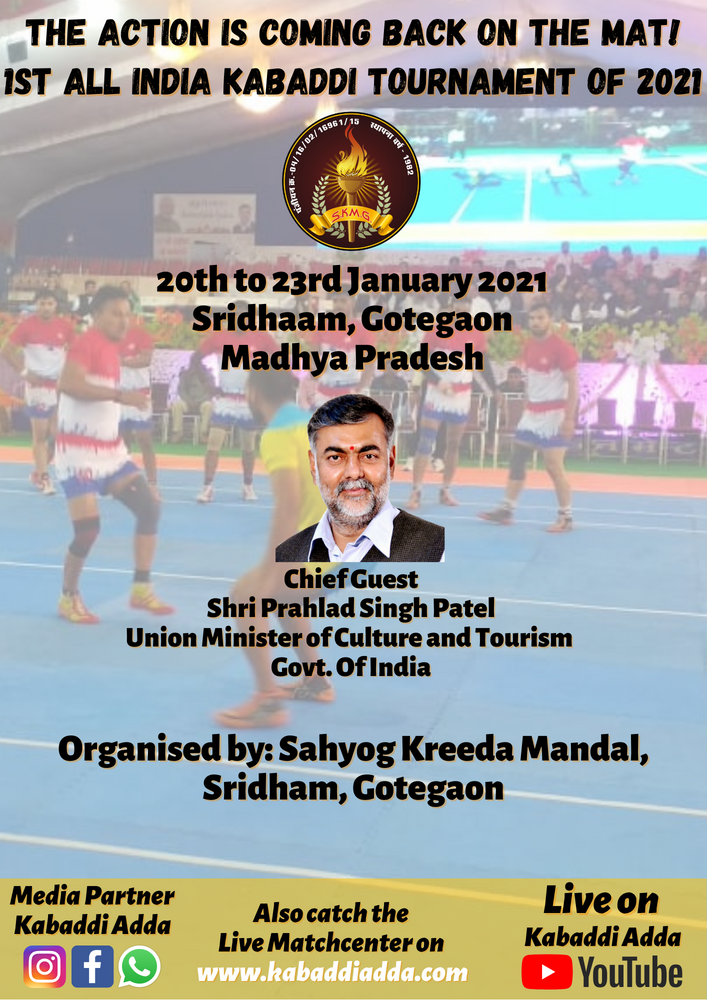 The Prize Money in this tournament is as follows:

Last year it was North Eastern Railways, Gorakhpur, who walked away with the championship. They are also the current Railways Nationals Champions. They will be keen to defend their title this year.

Relive some of the best Kabaddi moments from 2020:

AIMKC is known for its high quality of Kabaddi. Every team that participates always has 3-4 players who have played in the Pro Kabaddi League. In 2020, there were 72 PKL players part of this tournament.

An elite list of teams like Northern Railways, North Eastern Railways, ONGC, Red Army, Green Army, and Indian Navy can be seen in action during this tournament.

For More Information regarding the 38th All India Men Kabaddi Championship, Stay Tuned with Kabaddi Adda.

Missing Live Kabaddi action? Watch Retro Live season 3 and re-live some of the best Kabaddi from 2019!