Sumit grew up in Chulkana in Panipat district. He aspires to raid like Pardeep Narwal one day. Sumit played in the K7 Qualifiers in Sonipat, Haryana. He represented Neer Gulia Kabaddi Academy in the premier junior Kabaddi tournament.

Click here for all the information about Neer Gulia Kabaddi Academy

Sumit started playing Kabaddi at the age of 13-14 after watching other kids in the village play the sport. Once Sumit started playing Kabaddi, he did not take much time to improve. Sumit's game evolved under the coaching of Rinku Pailwan in Chulkana. His ultimate goal is to play for the Indian kabaddi team but now he wants to keep performing well and get a job to help his family. His favorite Kabaddi player is Pardeep Narwal and he loves watching Pardeep play.

Sumit played as the lead raider for Neer Gulia Kabaddi Academy in the K7 Qualifiers. Sumit finished the tournament with 27 raid points in 3 matches. In the first match, he managed to score only 2 points but came back with two impactful performances for his team.

Neer Gulia Kabaddi Academy faced off against NK Kabaddi Academy in match 8 of K7 Qualifiers. In that game, Sumit did not have a good game where he only went for 9 raids and finished with 2 raid points. NG Kabaddi Academy lost the game by a score difference of 12 points.

All in all, Sumit had a great tournament although his team failed to qualify to the next round, K7 Stage Up. When asked to Sumit on his experience of K7 qualifiers he said:

It was a great tournament to be a part of, it is a great opportunity for young players like me to showcase my game to everyone.

We at Kabaddi Adda would like to wish Sumit the very best and hope to see him in action in the coming years. 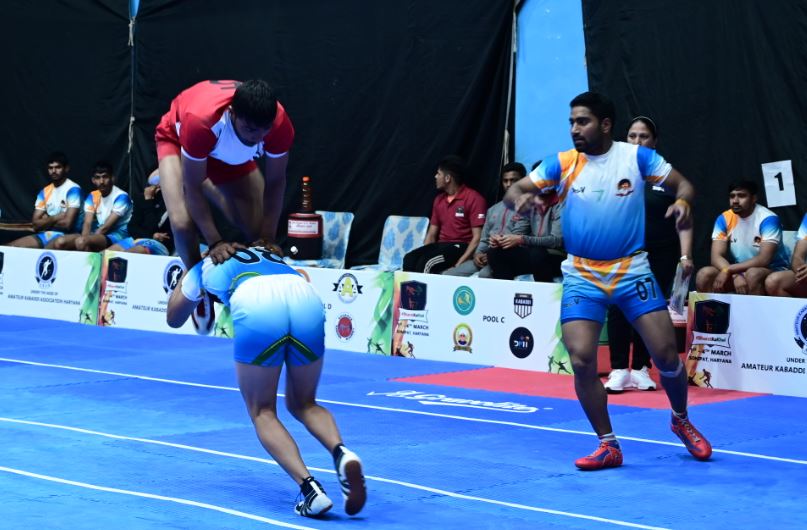