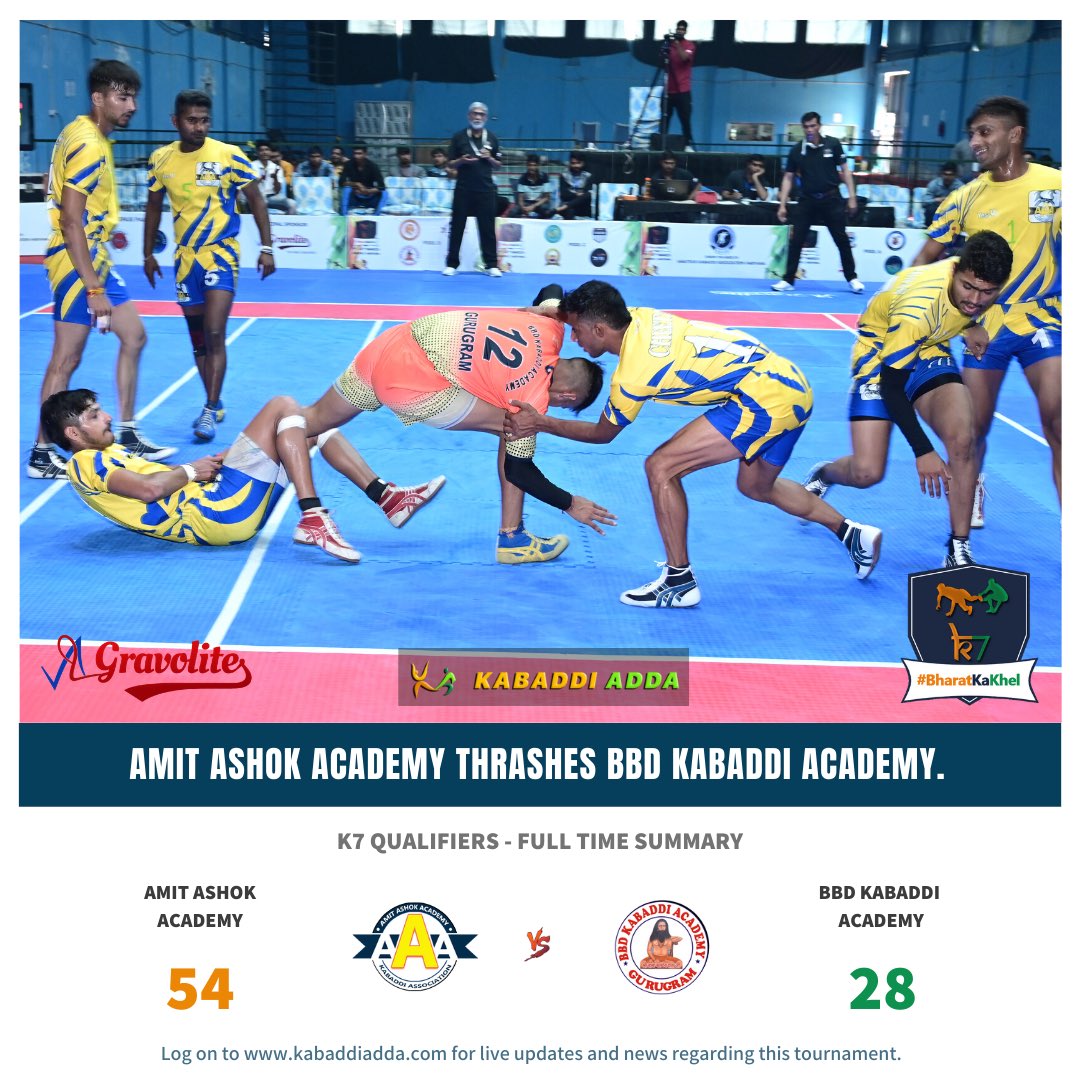 The Day 4 of K7 Qualifiers kick started with Amrit Ashok Academy and BBD Academy and the triple A's managed a comfortable victory. The match kick started with Mandeep scoring 2 points for the BBD's in their very first raid and giving them a strong start. The scores were tied for the first few rounds, and it was then, when Ashu eliminated 3 players of the BBD and got his team a lead and a grip in the match. The match tickled here and there throughout the first half, and the score at the end read 20 for AAA and 21 for BBD, an evenly matched contest promising to be a thriller later.

In the second half of the match, the AAA completely outplayed the BBD and starved them from scoring. Raid after Raid, it was AAA scoring points, be it their raids, where they scored or BBD's raids where they tackled. The round 1, which belonged to BBD, could only manage to score 7 points in the next round whereas the triple A's collected over 30 points to establish their reign on the mat. It was Ashu who was rewarded the Player of the Match for his agile and aggressive performance, helping his team to gather a victory.