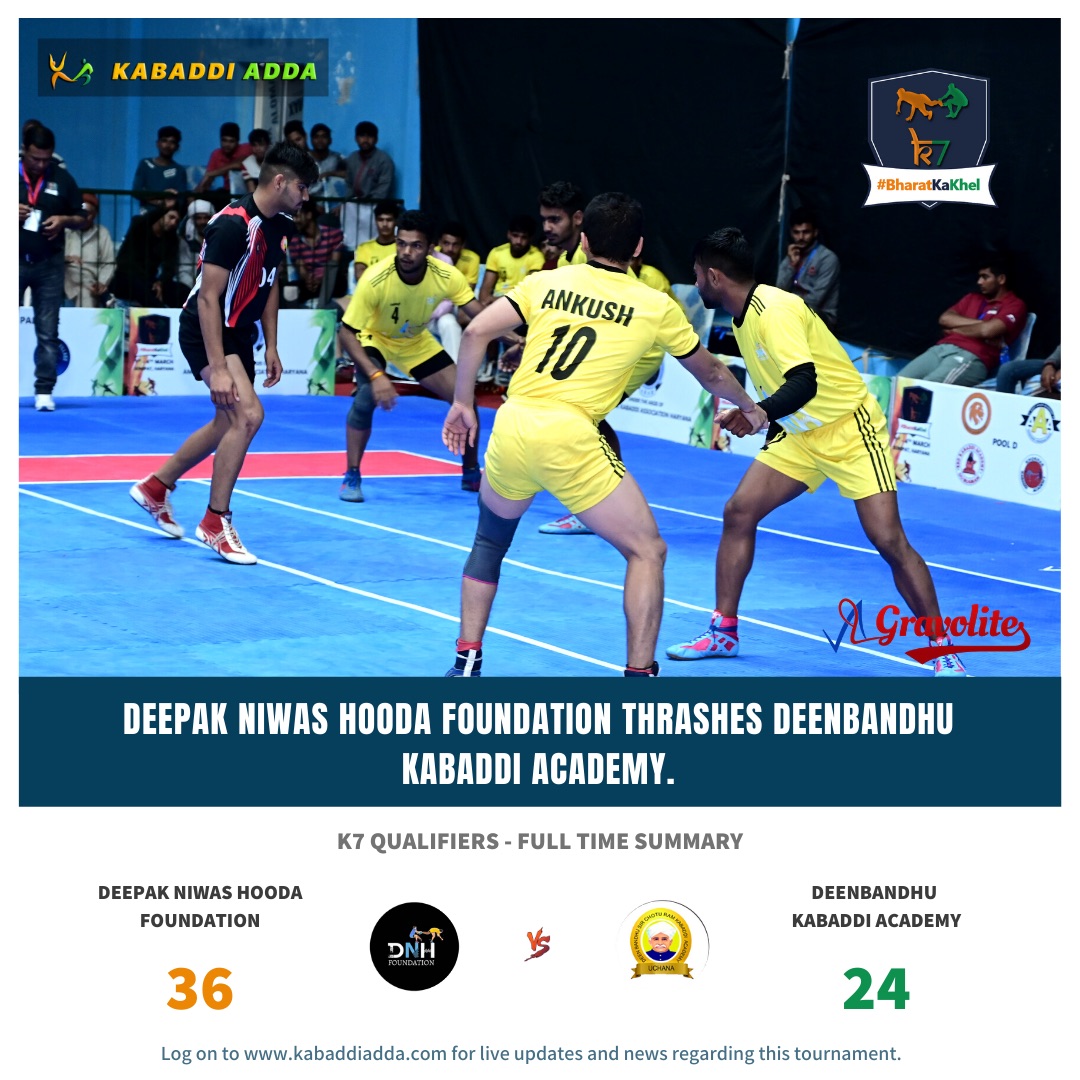 The second last match of the day, was between DNH and DKA and the match was the first low scoring game of the day. The Deepak Niwas Hooda Foundation continued there unbeaten run and the Deenabandhu Kabaddi Academy couldn't restrict there horrors of the two games and couldn't manage there first win and ended the day winless. The DNH team managed to open the game with a multi point raid, for the first time in the day and dominated the first half and it was again a certain Mr. Prateek Dahiya who starred again for the DNH and without a doubt stamped them to be one of the best teams and took a huge lead. They didn't manage to get the DKA score for the first 12 points. Then the round ended with a score line of 26-8 and the game looked pretty clear.

The second half had different surprises unfolding. The Deenabandhu Kabaddi Academy scored really well and also managed to choke DNH but the first round again helped the team bag a victory. Ravi and Akshay tried hard to help there team and the scores for just the second round was 10-16 towards DKA, but the Deepak Niwas Hooda Foundation and there impressive first half led them to the victory. It was again Prateek Dahiya who managed to clinch the Player of the Match and becoming the only player in the K7 Qualifiers to do so for three consecutive matches.