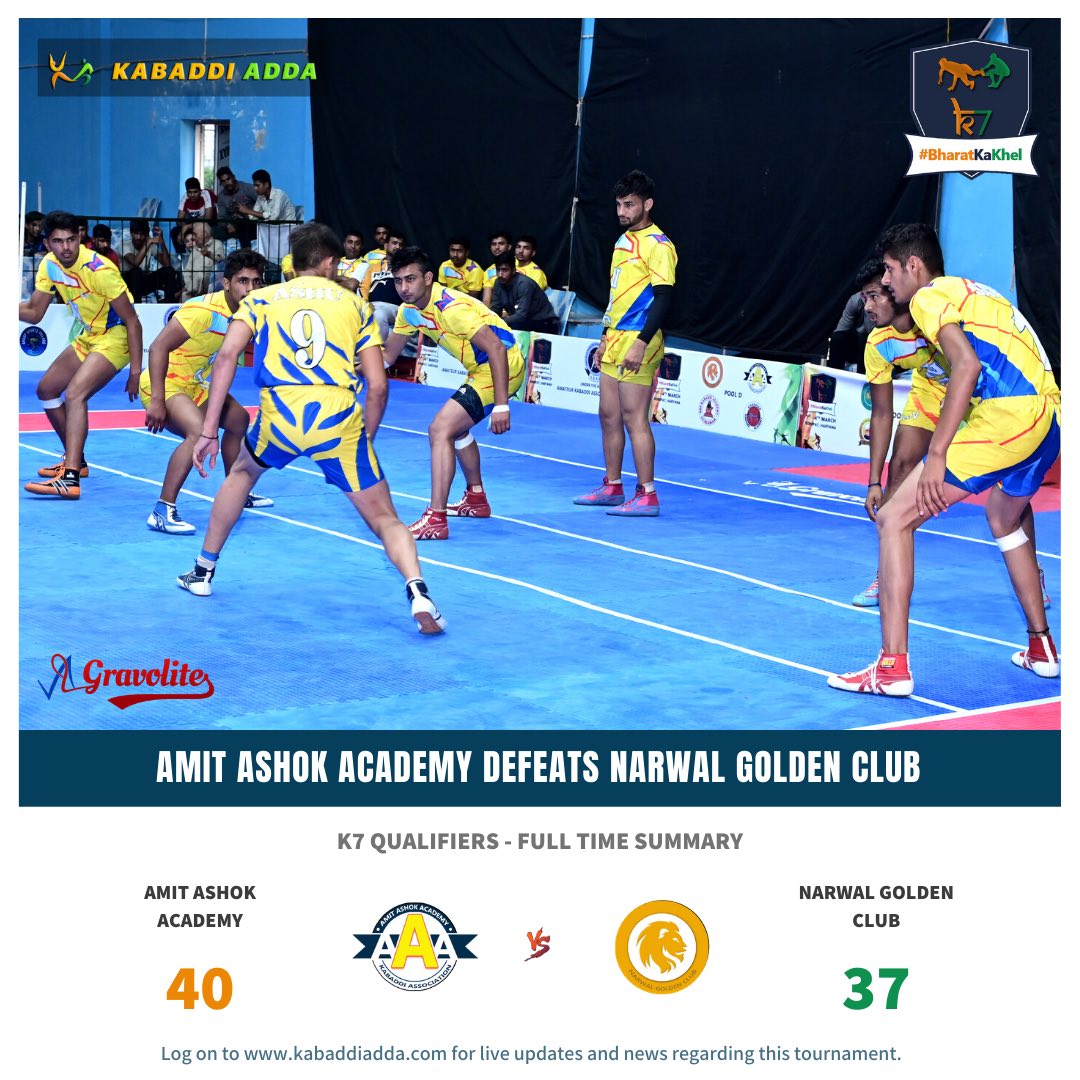 In the 23rd match of K7 Qualifiers, it was the AAA's competing with the Narwal Gold Club (NGC) in what turned out to be the closest few matches we have seen over the course of the last four days. The game took its twist and turns but it was NGC which dominated the most of the first half. The AAA started the game swiftly but Rakesh helped NGC to bounce back, so much so that from a score of 11-2 the round ended at 19-22, and NGC who were behind from 9 points ended the round with a 12 point lead.

After such a clinical finish and bounce back effort in the first round, all expected NGC to bag another win, but the fate had different plans. After being successful at maintaining and building on the lead that NGC had, an unsuccessful super tackle and immediately an all out raid pushed the NGC on the backfoot as the AAA's roared back into the game to level the score. The scores got levelled at such a risky time for NGC that one small mistake can cost them the match they dominated for the longest of times, and the same happened. It was first a successful raid by Ashu that managed Amit Ashok Academy to take a one point lead and then in the last raid of the match, Rakesh the hero of the previous round was negated by the AAA's to clinch one of the closest victories in K7 Qualifiers.