The K7 Qualifiers Journey of the Narwal Kabaddi and Sports Academy, the home to the star Pardeep Narwal. The team managed to establish their metal in the opening day of the K7 Qualifiers. Read through to know more about the academy and its journey. 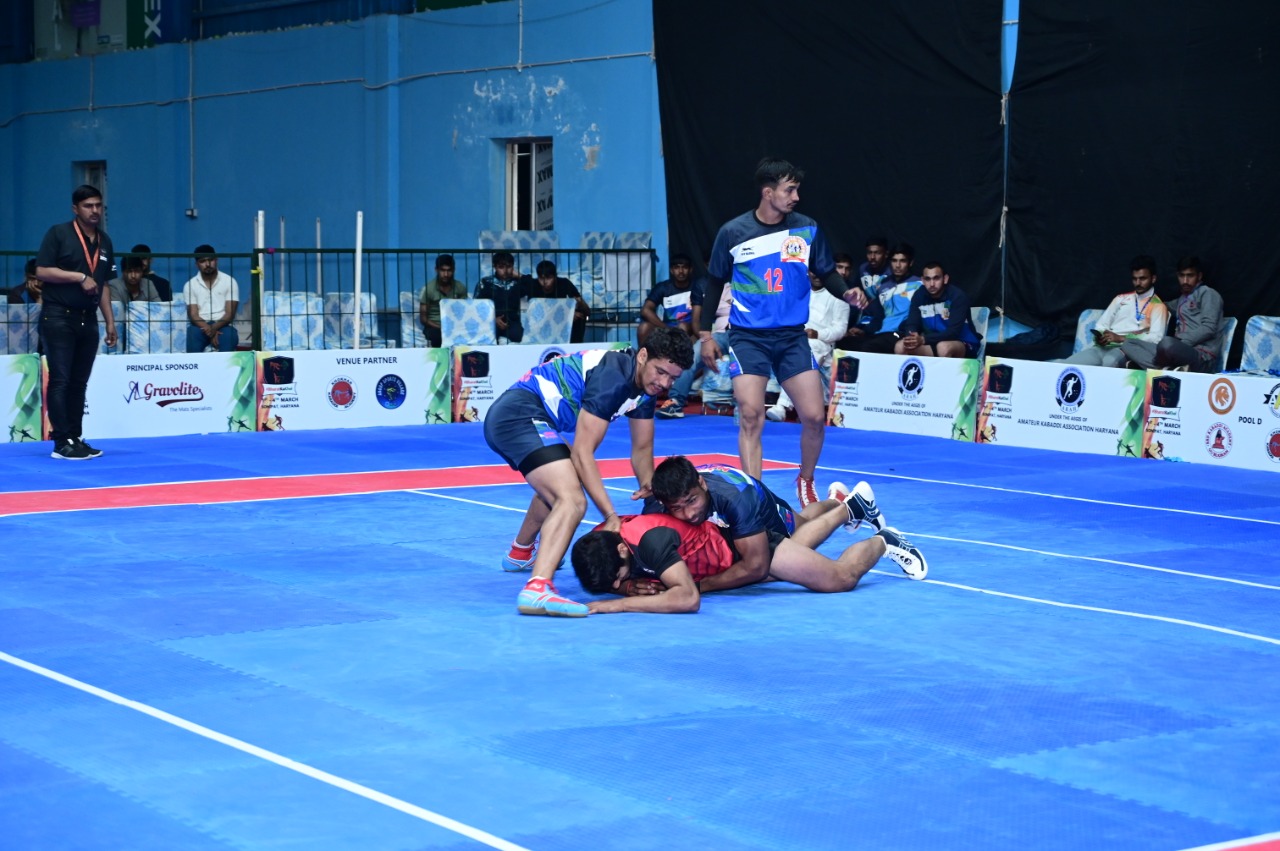 Situated at the heart of Rindhana village at Sonipat, Haryana, The Narwal Kabaddi and Sports Academy is an academy headed by Naresh Narwal. Being the training grounds of some prolific kabaddi players of the nation in Pardeep Narwal, Rajesh Narwal, and Vinod Kumar. The gates of this academy are open for training and also provides hostel and mess facilities.

In March 2021, K7 Qualifiers took place in Sonipat, a premier Kabaddi tournament for the U-21 age group in Haryana. Narwal Kabaddi and Sports Academy was one of the 16 academies that participated in the event. They featured in the tournament's opening day along with three other teams - Bahini School Kabaddi Academy, Ch. Ram Swaroop Kabaddi Academy, and Parveen and Jasvir Kabaddi Academy.

Being part of the pool of teams playing on the opening day, the academy was the flag bearer of the K7 Qualifiers and opened the tournament with a clinical victory against Praveen and Jasprit Panipat Kabaddi Academy. Manish Gulia was undoubtedly the most prolific performer for the team, winning awards for both the victories that Narwal Kabaddi and Sports Academy fared in their journey at the K7 Qualifiers.

If we talk a little more about the academy's victories, in the first match, it was the left-right raider, Manish Gulia who swept the Player of the Match even when he was not a part of the starting seven of the match. Manish gathered a total of 12 points in the match. This game can be described as a classic case of an amazing comeback as after trailing for the first half of the match by 22-17 scoreline, they managed to score 20 points and were very miser by conceding just 8 away in the second half. The second victory came in the last match for the day, they convincingly knocked over the Ch. Ram Swaroop Academy. Nitin Kumar was an absolute stunner in the match, but Manish Gulia also showed a classic act of being the best support defender and the best DoD raider adding to his accolades in the K7 Qualifiers. Nitin Kumar had 10 touch points along with 2 bonus points and Mohit having 11 tackle points, the game fared to be an amazing point-fest but only for the Narwal Kabaddi and Sports Academy.

Having won 2 out of 3 matches for the opening day, the good show put by them made them an absolute contender for the qualification. The next hurdle of the K7 Stage-up, a 10 team tournament, will be something the academy would look forward to nailing and establishing their metal in the race. The promising performances from Mohit, Nitin Kumar, and Manish Gulia in the K7 Qualifiers are surely a bright light for the academy who will be plying their trade at the stage-up. Having an eye for improving their defense to excel in the later half, their journey has been exciting and something to look forward to.