One of the best of the teams in K7 Qualifiers, today we look to cover the unbeaten story of NK Kabaddi Academy 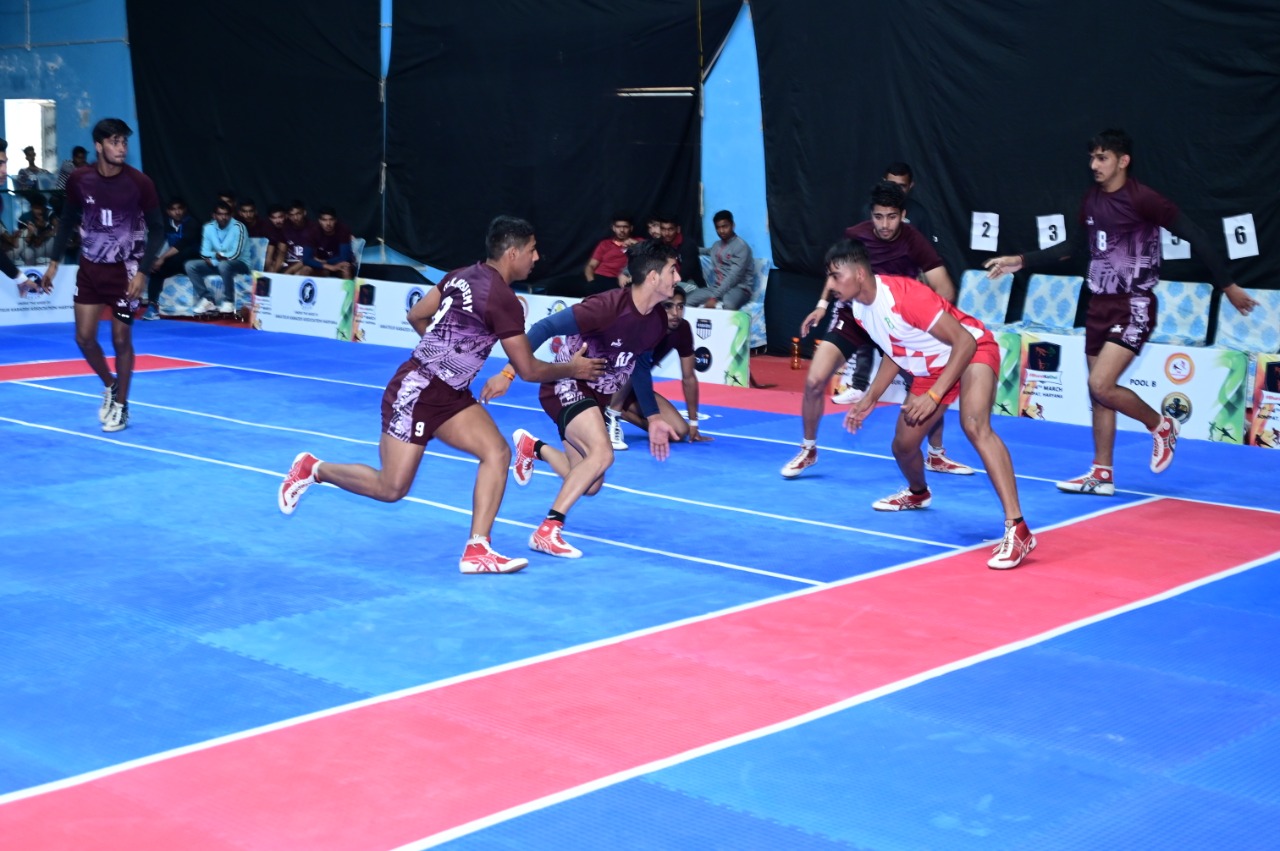 Established by Narendra Kumar and coached by Dilbagh Singh the NK Kabaddi Academy is situated in Jind District, Haryana. Narendra Kumar is a well-known coach in the Kabaddi ecosystem, he is the head coach of the Services Kabaddi team which finished runners-up in the 68th Senior National Kabaddi Championship.

The journey of K7 Qualifiers was a dream for the academy. They were one of the few teams at K7 Qualifiers who managed to sail their boat, unbeaten. They started their journey with the match against Neer Gulia Kabaddi Academy where the domination started from the word go. In the first half itself, NK Kabaddi Academy managed an astonishing 17 point lead managing to score 25 points and give only 8 points. The first half itself showed where the match is going to end. Post this, the going continued as they managed to bag an easy victory with a final scoreline of 32-44.

The second outing for the team was against SBS Yuva Sports Club, and it was another cakewalk. where they simply were the better team in both the halves and their defenses just got better as they did not concede many points in that game and managed their second straight win. Vinay and Umesh from NK Academy had a game to remember as they notched up 8 raid points each to keep Shahid Bhagat Singh Yuva Sports Club out of the game. In the defense, it was Manish and Rohit Patre who scored 4 and 3 tackle points respectively to secure the win for NK Kabaddi Academy,

The final match for the team at K7 Qualifiers was against the Warriors Arena Kabaddi Academy. A rather closed-knitted competition, NK Academy never really lost the grip in the match, they were on top at the right times, and then grasping the last moments helped them have the last laugh and emerged the unbeaten team from the pool. NK Kabaddi Academy went on to win the game with scores of 30-24. Vinay had a game to remember as he scored 10 raid points to help his team to get the better of the opposition. The defense did step up as two of the defenders scored 5 tackle points- Vinay Kumar and Manish. Overall it was a team effort for NK Academy to finish unbeaten the K7 Qualifiers.

The K7 Qualifiers is something that NK Kabaddi Academy had lit up with their aggressive gameplay, and we are eagerly looking forward to their show at the K7 stage-ups where competition grows tougher with the best of the teams in contention. It will be interesting to see what changes NK Kabaddi Academy will do to their team and if they will come out stronger in the Stage Up. we will have to wait and watch.