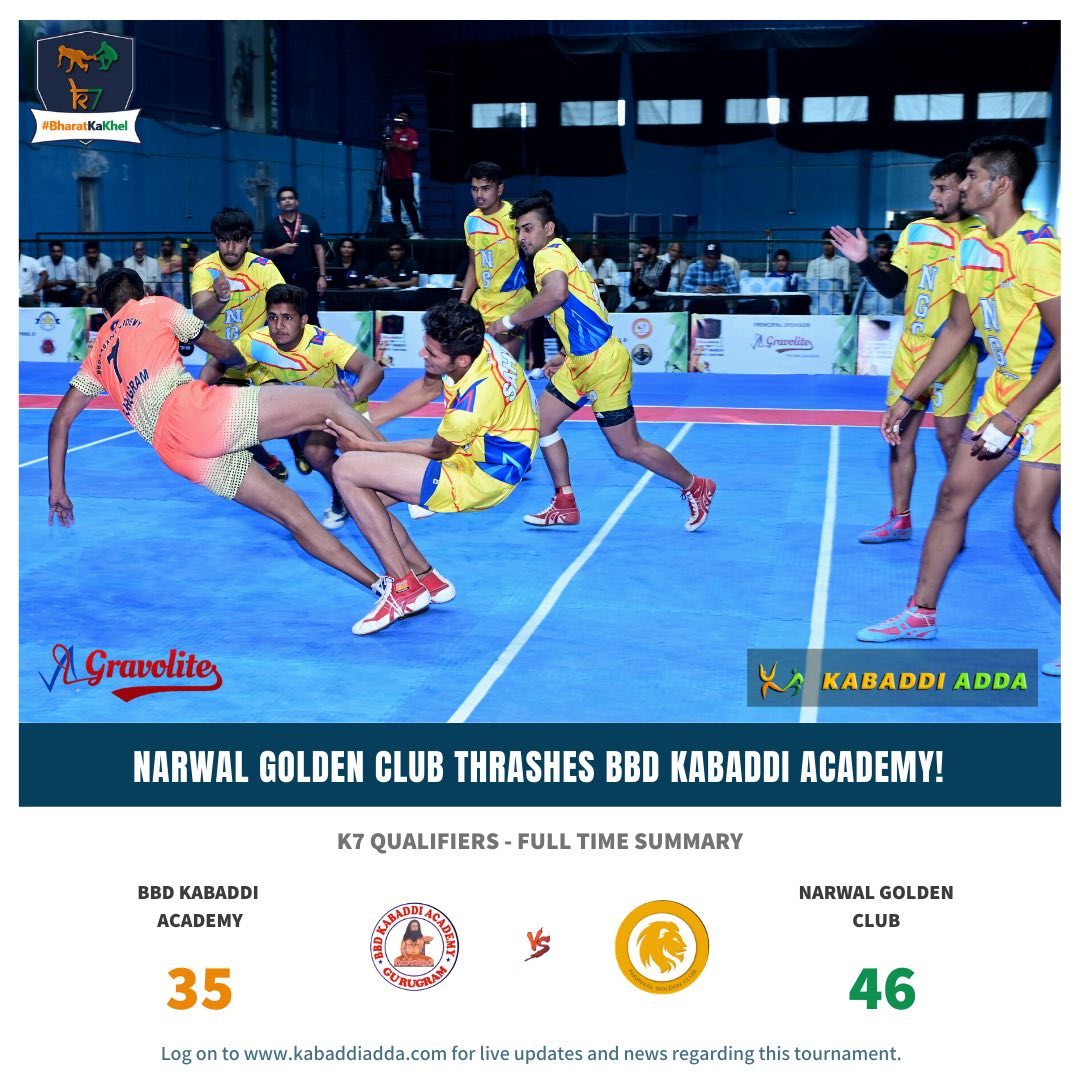 Match 21, Day 4 of K7 Qualifiers was a roller coaster ride for BBD who were handed by their second defeat and their hopes crushed for the points table. It was a nervy match for the BBD's as they started the match in a stubborn manner to win and kept on giving a great fight to the Narwal Gold Club (NGC). The two teams went head over heels against each other and throughout the first half, they went onto score in successions and had a very very close scoreline at the end of the round. More than the attack, there defenses were intensified and kept on dismissing each other's stars and handing there teams the points they needed. At the end of round 1, we had a score board reading 20-22 in favor of NGC.

The round 2 undertook and the story now was different for BBD. Coming up from a loosing start and gathering momentum in the first round, we expected a good match up, but Narwal Gold Club. If we look at round 2 in individuality, BBD were completely outplayed by NGC with the scorers looking at a score of 15-24 in favor of NGC, a lead of two points build upon to a 11 point lead and helping NGC with a comfortable successive victory. It was a match with such strong defense that, Sahil won both the Defender and Player of the Match awards.