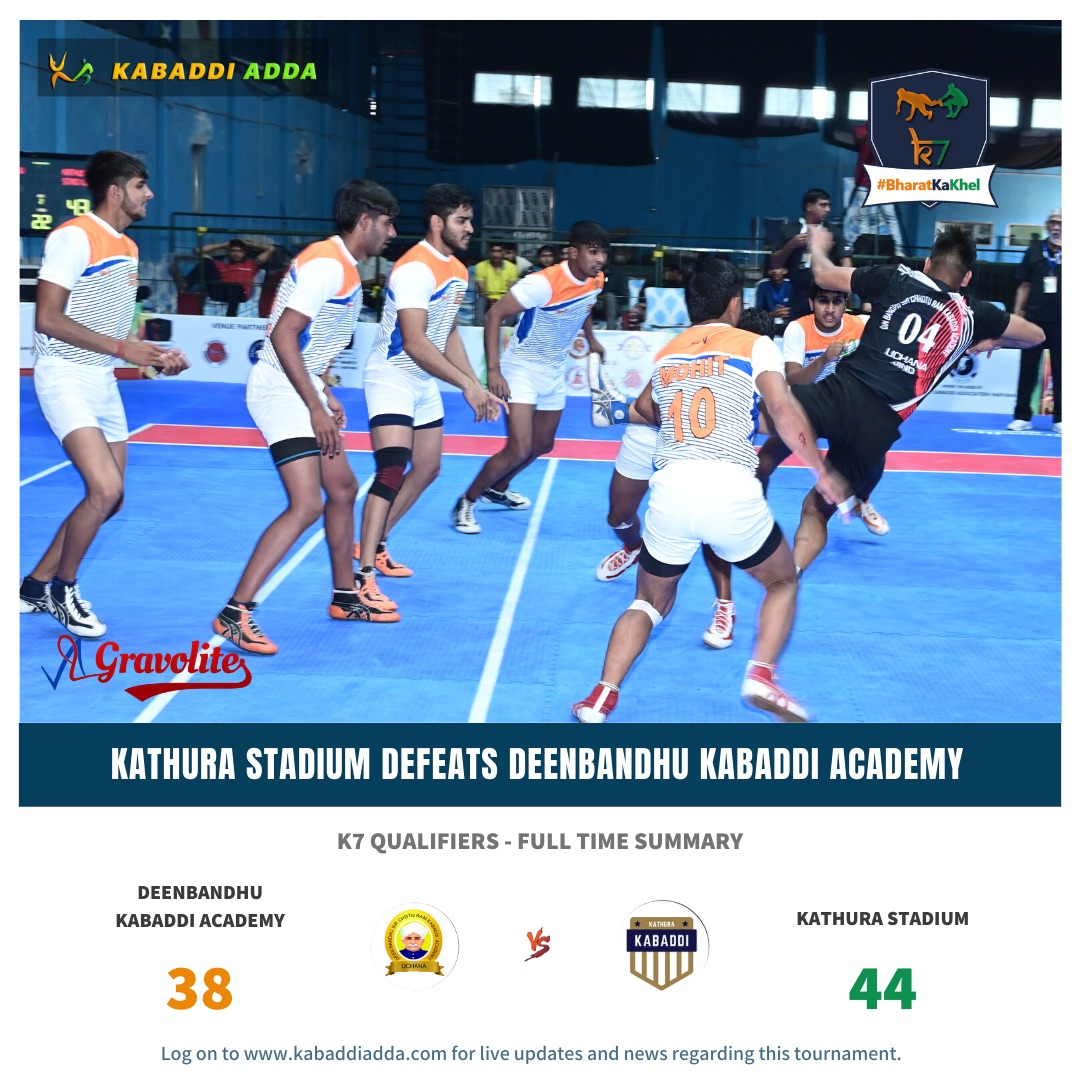 It was the start of Day 3 of k7 Qulaifiers and the match was between the teams of Kathura Stadium and Deenabandhu Kabaddi Academy to mark the beginning. It was the first raid of the match and Manjeet managed to get the better of Aman and started the tale of scoring for the Kathura's. The very next moment Akshay scored for his team and then it was the two rounds of DOD raids, convincingly one by DKA to hand them the lead. The DKA since then dominated most of the first half and reached a score of 20 points in no time, but since then they lost the grip to the match. Though they led the first half of the match, but it was a score of 20-5, which went upto only 22-19. That was the story of the first match, and KS made an amazing comeback in the first half and the match had a lot of fire left in them.

The second half started in a similar manner, the DKA dominated the game throughout and were leading, till Kuldeep Sharma made a magical turnaround and with a multi point raid, the whole team of DKA were knocked out and KS took a lead in the match for the first time. From this moment, the game turned in favor of the team from Kathura and won the game convincingly. Sumeet Narwal and Manjeet were adjudged with the honours in the match and the Day 3 started on a great note.